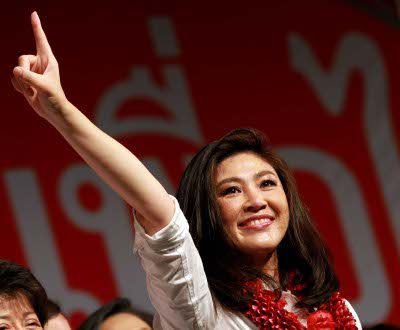 Mrs Yingluck was confirmed as prime minister shortly before noon today after a campaign that saw her Pheu Thai party sweep to victory over the former ruling Democrat Party.

There were 197 abstentions in the House of Representatives, MCOT reported.

A royal decree on prime ministerial appointment is expected this evening.

The opening of proceedings today were not without action as MP Chuwit Kamolvisit was forced by newly appointed House Speaker Somsak Kiatsuranont to leave the chambers, The Nation reported.

Mr Chuwit complained about the location of his seat in the Parliament building and was escorted out by security guards after staging a protest, the report said.

Mr Chuwit, who came to fame as a massage parlor tycoon in Bangkok, was later allowed back in to the chambers to cast his vote.