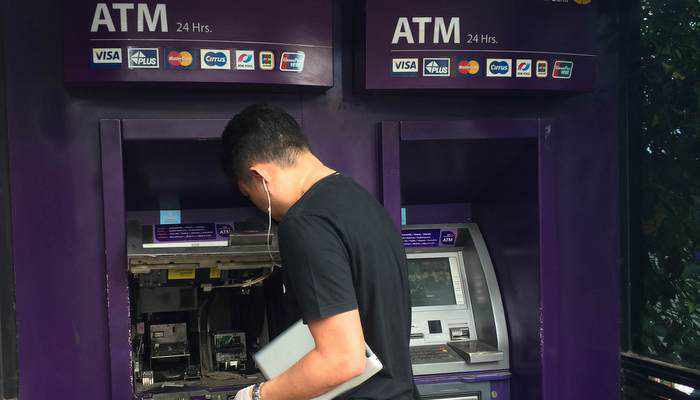 PHUKET: A would-be looter, or looters, left empty-handed after a failed attempt to break into an ATM machine and steal its cash contents early this morning.

Police received a call at around 6am informing them that the Siam Commercial Bank (SCB) ATM in front of the mega SuperCheap complex on Thepkrasattri Road had been damaged in an attempted robbery.

“There are two ATM machines in front of the store. Someone had clearly attempted to break into one of the machines,” said Phuket Provincial Police Deputy Superintendent Prawit Engchuan.

The security company responsible for the machine confirmed to police that the suspects had been unable to access the cash inside the ATM.

“We were able to lift fingerprints at the scene and will review CCTV footage from nearby cameras in an attempt to identify the suspect or suspects,” said Lt Col Prawit.

Neither of the ATM machines in front of the SuperCheap complex were installed with CCTV cameras, Col Prawit noted.

From disqualification to contention for Tringale