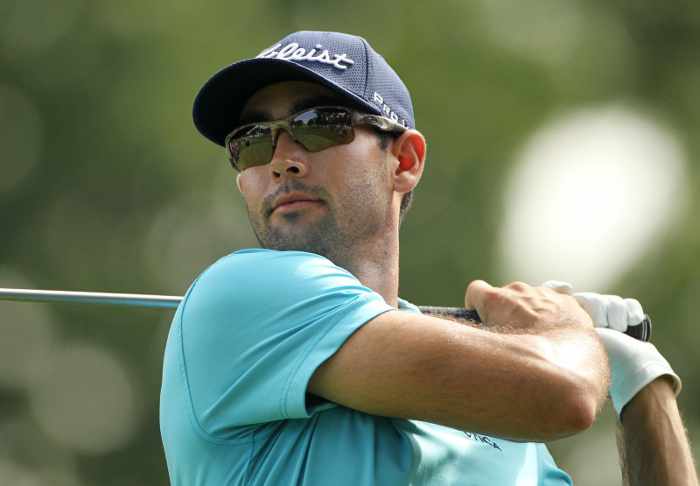 PHUKET: A week after disqualifying himself for a scoring decision at the PGA Championship, Cameron Tringale turned the page and fired an opening 66 on Thursday to put himself near the top of the leader board at The Barclays.

Tringale said he felt a sense of relief in putting the incident behind him – at a cost of $53,000 (1.69 million baht) in prize money he had won for tying for 33rd at Valhalla.

“Definitely [felt] better,” the 26-year-old American said after starting fresh in the opening tournament of the four-event FedExCup playoffs, which pays a bonus of US$10mn (319mn baht) to the points leader after the Tour Championship finale.

Tringale had waved his putter over his ball prior to sinking a tap-in putt at the 11th hole of his final round in the PGA.

Tringale said playing partner Matt Jones had asked in the scoring trailer if Tringale was sure he had not taken a stroke at the ball and then signed the card.

“I didn’t feel like it was a stroke and my competitor agreed,” said Tringale. “We agreed on the score and that was fine.”

In reflecting on the tournament though, Tringale said he kept coming back to the incident.

“As the week [after] went on, I started to review my week and that came up in my head. Is there a doubt, if my playing competitor was doubting what that looked like,” he said.

“The more I thought about it, I didn’t want the way I play this game or my integrity questioned. So I wrestled with it, spoke to some people, rules officials, and eventually came to the decision there’s enough doubt that I want to take myself out.”

Tringale notified the PGA of America of his concern and asked to be disqualified for signing an incorrect scorecard, nearly a week after the incident.

“We are very appreciative of Cameron coming forward to inform us of this situation,” said Kerry Haigh, chief championships officer of the PGA.

“It again shows the great values and traditions of the game and the honesty and integrity of its competitors.”

“I just felt like it was better to get it out and take myself out than to just be questioning and doubting and wondering for the rest of my life,” he said.