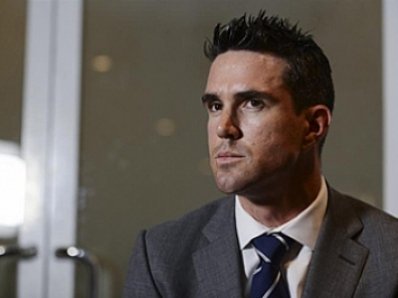 PHUKET: Kevin Pietersen is likely to come out with all guns blazing when he returns to the England squad for next month’s test series in India, former team mate Andrew Flintoff said yesterday.

The South African-born batsman was recalled by England this week after being dropped following a controversial text-message row.

“When Kevin’s got a point to prove he usually proves it with the bat,” retired all-rounder Flintoff told the BBC.

“I think (new captain) Alastair Cook might benefit from all this. He might get KP at his best.”

Pietersen, 32, who averages 49.48 from 88 tests, was dropped for the third and final test against South Africa at Lord’s in August after admitting sending provocative texts to the opposition.

However, he denied allegations he told them how to dismiss former skipper Andrew Strauss who retired from cricket after South Africa won the test series 2-0.

“When people get on Kevin’s case he comes out swinging and scoring runs,” said Flintoff. “We saw that when he came into the one-day international game in South Africa (in 2004) and he just kept scoring hundreds.

“I think Kev will be fine. It might be a bit more uncomfortable for some of the others who have not been too kind to him in books, in paper reports and in interviews.

“Everyone’s got an ego, maybe there are a few clashing in that dressing room at the minute and they just need to put them to one side and carry on. If Pietersen starts scoring runs and England win it will all quickly be forgotten.”

Flintoff, who played 79 tests for England before quitting in 2010 because of injury, is now being trained by former world featherweight boxing champion Barry McGuigan and will make his debut in the ring at the Manchester Arena on November 30.

The former Lancashire all-rounder said Pietersen needed to know he was wanted in the England dressing room.

“He is different but if you want Kevin the player, you have Kevin (the person as well),” said Flintoff.

“I think his qualities as a player outweigh everything, like everyone else he needs a bit of encouragement. When you are as good as he is you need an arm round the shoulder and you need the backing of the team.”

The first test between India and England is in Ahmedabad starting on November 15.