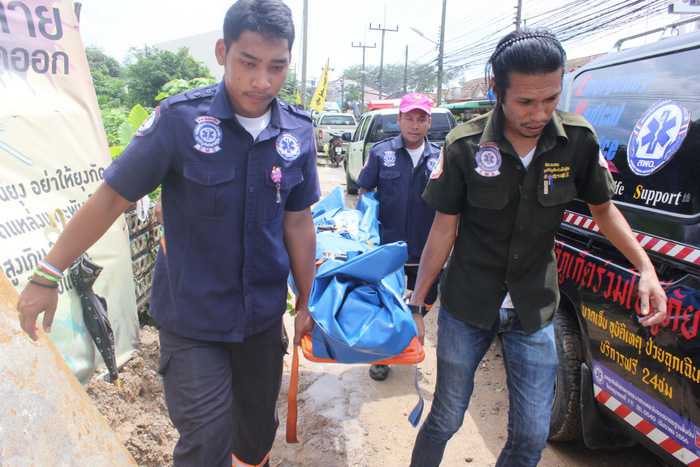 PHUKET: A man has confessed to killing his brother for “praying too loudly” at their home in Phuket’s Wichit subdistrict yesterday morning.

A local resident called police after discovering the body of Chaiyadol Nawee, 43, amid undergrowth by the side of a street across from the Villa California housing estate on Chao Fa East Road.

“CCTV footage taken from the entrance of the estate showed two men dumping the body,” said Lt Somboon Malai of the Wichit Police.

“We soon identified them as Mr Chaiyadol’s brothers.”

Police took Prasit Nawee, 47, into custody after finding smears of blood and attempts to destroy evidence at the Nawee family home nearby.

“We had a big argument,” Mr Prasit told the police. “I was very angry because he was praying so loudly in the morning that he woke me up.

“I kicked him twice on his neck while he was still sitting in his meditation position. I didn’t mean to kill him, but after I realized that he was dead, I tried to hide what I had done.”

“No charges will be pressed against the other brother,” he added. “He was not involved in the killing and will act as a witness in this case.”