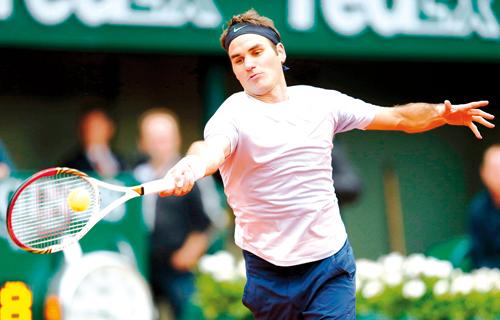 Rafael Nadal enters Wimbledon playing some of the best tennis of his career. The Mallorcan spent seven months out with a knee injury and watched helplessly as he dropped to fifth in the world rankings. Since his return in February, Nadal has played in nine straight finals, winning seven, and recently won his eighth French Open title in nine attempts. Nadal is the only player to have won a single Grand Slam eight times.

The grass courts of the Old England Club are probably Nadal’s weakest surface, but he has still reached five finals, winning two, since he made his debut in 2003.

The biggest hindrance for Rafael Nadal will be the seeding at Wimbledon; because of his ranking he could face Novak Djokovic, Andy Murray or Roger Federer as early as the quarterfinals.

Defending Wimbledon champion Roger Federer has won Wimbledon seven times and has more grand slam titles, 17, than any other player in the Open era. Wimbledon is to Federer what Roland Garros is to Nadal. But that has not stopped the rumor mill churning out speculation that he could retire this year.

The main source of this speculation is centered around his advancing years, 31, compared to his main rivals: Djokovic 26, Nadal 27 and Murray 26.

Also, his grip on Wimbledon has started to slip as the last three editions have involved five different finalists and seen separate winners each time – Nadal, Djokovic and Roger Federer. His form this year has been surprisingly poor, winning his first title since August 2012 with victory over Russia’s Mikhail Youzhny in the final of the Gerry Weber Open in Halle, Germany on June 16.

Roger Federer won 6-7 (5-7) 6-3 6-4 to collect the 77th title of his career. Ominously, four of Federer’s seven Wimbledon wins have come after triumphs in Halle.

World number one Novak Djokovic, who was knocked out of Roland Garros in the semfinal by Rafael Nadal, won Wimbledon for the first and only time in 2011. The Serbian has maintained his consistency, winning the Australian Open, Dubai Tennis Championship and the Monte Carlo Masters already this year.

Andy Murray returned from the back injury that kept him out of the French Open to claim his third Queen’s Club title, beating Marin Cillic 5-7 7-5 6-3. The Queen’s Club win will boost his confidence as he once again bids to become the first British men’s singles champion since Fred Perry in 1936. Murray lost last year’s final to Federer 4-6 7-5 6-3 6-4.

Women’s tennis has formed its own breakaway group, the top three ranked women in the world: Serena Williams, Victoria Azarenka and Maria Sharapova. The last six majors have been won by someone out of tennis’ newest trinity, and all three reached the semifinals of last year’s Olympics tennis tournament held at Wimbledon – Williams claiming gold, Sharapova silver and Azarenka bronze.

Williams, who won the recent French Open and has won 31 straight matches, is the clear favorite to claim her sixth Wimbledon title and her dominance over the other two ladies is brutally illustrated when comparing matches between the three. Azarenka leads Sharapova 7-6, Williams leads Sharapova 14-2 and Williams leads Azarenka 12-2.

Wimbledon runs from June 24 to July 7.

World rugby round up – Wounded Lions