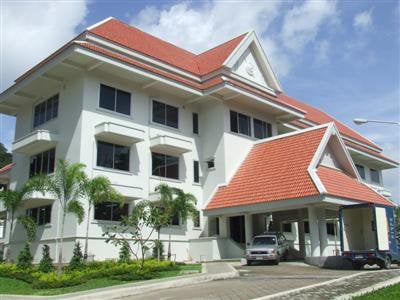 BECAUSE: Phuket Provincial Police have now moved into their new HQ, just across the road from the 40-year-old former headquarters on Yaowarat Road in Phuket City.

Although construction work on the new 21-million-baht police station was mostly completed in 2008, officers finally moved in over the weekend, after landscaping work was eventually finished.

The new Phuket Provincial Police HQ will be officially opened with a ceremony at 9.30am tomorrow.

Police officers are already working from the new three-story building, which contains 5,473 square meters of space and features parking for 60 vehicles.

All Phuket Provincial Police officers are now working in the new office except for investigating officers, who are still based in the old headquarters.