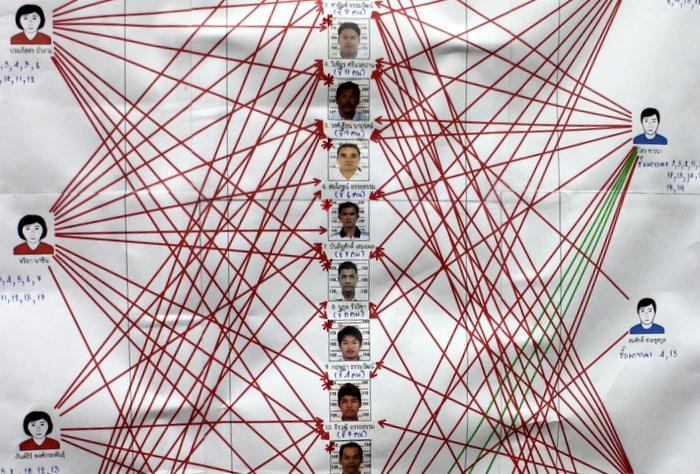 PHUKET: Phuket taxi drivers denied any mafia behavior, or association with any mafia organizations, at a meeting with Dussadee Arayawuthi, deputy permanent secretary for the Justice Ministry, on Friday.

Kata-Karon taxi drivers joined beach vendors and other locals airing their grievances at the meeting at Phuket Provincial Hall.

“We were following the established rules. We don’t understand why we are labelled as ‘mafia’ or ‘thug-like’ associations,” insisted Pornthep Charmkhao, the leader of the Kata-Karon taxi group.

In June 2014, a deployment of 100 soldiers from Southern Thailand provided military support to a huge task force of 1,110 police officers and 40 volunteers who swept along the west coast of Phuket to purge the island of illegal, violent, abusive and cheating taxi, tuk-tuk and minivan drivers (story here).

The following month Kata-Karon Mayor Thawee Thongcham was slapped with a number of charges for his alleged connection to the powerful and infamous taxi mafia in the area (story here).

Mr Thawee has denied all charges.

Col Dussadee told those at the meeting on Friday that the ministry aimed to provide fairness on matters that affected the public and would consider whether the charges filed were appropriate.