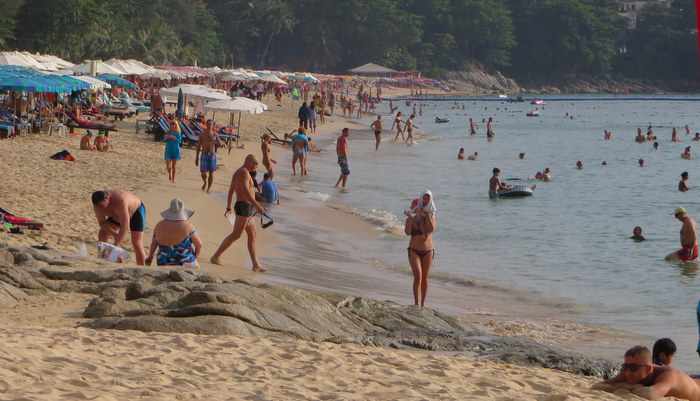 PHUKET: After an alarming report released this morning warned residents of a huge storm set to blow through two-thirds of the nation, the director of the Thai Meteorological Department (TMD) Phuket office urged Phuket residents to stay calm and confirmed that the island would not be affected.

“I heard about the warning of an approaching southwestern monsoon expected to bring heavy rains to most of the country. However, the only warning we have here for Phuket is about big waves,” Suntad Panbanpeaw, Director of the Meteorological Department’s Phuket office, told the Phuket Gazette today.

“I can confirm that scattered showers are expected over 40 per cent of Phuket during the next five days, but what we are more worried about is big waves that could reach up to four meters.

“We urge small boat operators to proceed with caution during this period. Please check the weather forecasts before departing.”

This morning, the National News Bureau of Thailand (NNT) published a statement from the Department of Disaster Prevention and Mitigation (DDPM) warning residents in the North, Northeast, East and South of heavy rain and advising them to brace for flash floods and landslides during the next five days (story here).

Phuket, along with Ranong, Phang Nga, Krabi and Trang, were listed in an additional warning issued by the Phuket office of the DDPM.

However, a spokesperson at the DDPM-Phuket headquarters in Phuket Town today assured, “Phuket and the neighboring provinces were included as a standard precaution just in case the weather does turn nasty.”