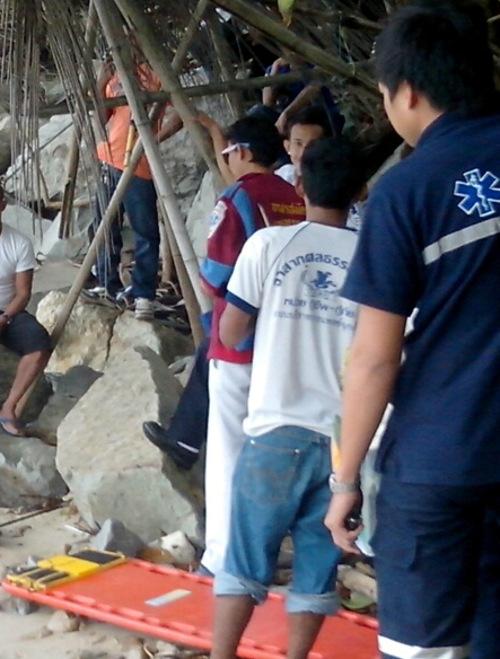 PHUKET: The body of a man who disappeared while fishing with friends in Phuket yesterday was found washed ashore at Kalim Beach, north of Patong, this morning.

“Villagers called us at about 9am to say they had found a body on Kalim Beach,” said Patong Police officer Thawatchai Srimai.

“He has been identified as Jittakorn Kerdrit, 32, from Surat Thani,” he said.

“There were no signs of violence on his body,” he added.

At about 5pm, as he was standing on some rocks near the Paradise View Point Restaurant, big waves struck him and pulled him into the sea.

When his wife and friends couldn’t find him, they reported him missing to Patong Police at about 7pm.

His body washed ashore about 300 meters from where he had gone into the water, said Lt Thawatchai.