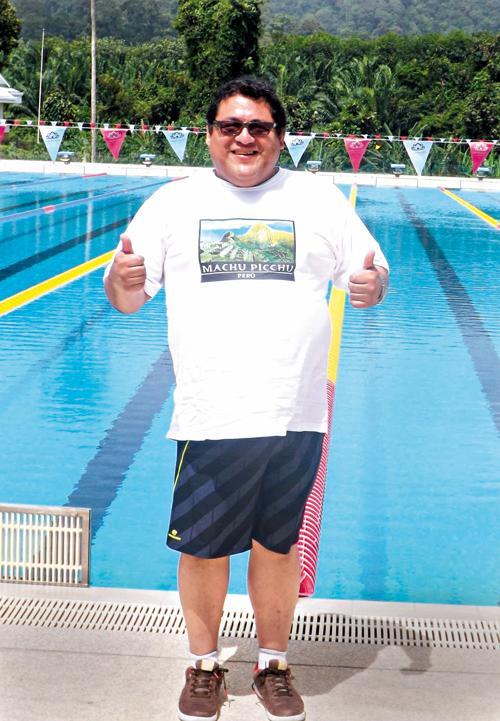 PHUKET: Successful restaurateur Eduardo Vargas is a man who enjoys the finer things in life, and this includes food. Originally from Peru, he left South America in 1989 to embark on a journey that took him to cooking school in Toronto; Georgetown University, America where he aquired a Business Administration degree; Singapore and now Shanghai as a restaurant owner.

When he moved to Shanghai in 2003, Eduardo weighed 110 kilos. Checking in at Thanyapura to start a weight loss program last week, he weighed 135 kilos. He is the first to admit that he has always struggled with his weight:

“I am big. I have always been big. But when I moved to Shanghai, I weighed 25 kilos less than now,” he said sampling a dish from the specially prepared menu Thanyapura prepared for him as part of his one month stay at the facility.

It is clear that as Eduardo enthuses over his carefully chosen dishes his passion is food. He attributes this food-loving trait to his grandmother back in Peru.

“My passion for food has been with me since I was a child. My grandmother was like Julia Child [a famous American chef]. I learned from my grandmother.”

For a man who has never tried a weight loss program before, he is embracing the challenge that lies ahead. Eduardo is hoping that after his month long retreat, a lifestyle change will have been instilled in him and that he leaves Phuket weighing 99 kilos.

At the end of his first week, Eduardo – who’s been diabetic for 10 years – experienced a drop in his fasting blood sugars in response to his training and diet changes. His results in the fasting test, in respect to glucose levels in his body, started at a high 9 but after five days his blood sugar had dropped to 6 – a remarkable improvement.

For a man who has owned over 15 restaurants in Shanghai during the last 10 years, ranging from Mexican, Italian, French, Peruvian to a burger joint and who readily admits, “When I go to my restaurants I take off my jacket and jump in the kitchen to cook with my chefs”, trying to keep his weight down will be a tough task.

But, Eduardo lost five kilos during his first week and hopefully his early enthusiasm continues for the remainder of the month.

“I have chefs in Shanghai and I plan to try and do this kind of food [same as Thanyapura]. Seeing the food here has been an inspiration for me.”