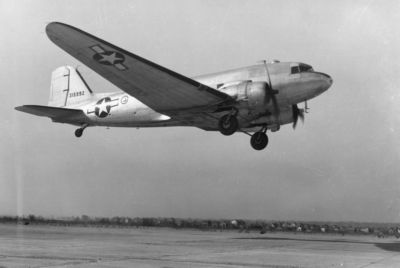 PHUKET: Ten decommissioned military aircraft will be sunk off the coast of Cherng Talay to create the largest artificial reef of its kind in Thailand.

The announcement was made at a meeting and project presentation chaired by Vice-Governor Worapot Ratthasima at Phuket Provincial Hall on Thursday.

Attending were representatives from several government agencies and Vittayen Muttamara, head of the Bangkok-based For Sea Foundation, a non-profit organization that has organized the project with the support of the Thai Diving Association.

The aircraft will rest about 20 meters deep where a sunken tin-mining sledge already lies submerged.

For Sea Foundation secretary Vittayen Muttamura said his organization was established by a group of Bangkok-based divers in April 2005 to survey and restore coral reefs damaged by the tsunami.

“We co-ordinated with all the agencies involved to acquire the decommissioned aircraft from the air force and to get permission to sink them in order to create an artificial reef. This project is the first of its kind in Thailand,” he said.

The aging aircraft, which have been dubbed the “Coral Reef Squadron”, are currently at the Koke Krathiem Air Force Base in Lopburi.

The US-built aircraft, which served during the Vietnam and Korean wars, will be partially disassembled and transported overland before being dropped into the ocean in a two-day operation scheduled to start on May 5.

The dive site is expected to take some pressure off popular dive sites in the Similan and Surin Marine National Parks, K. Wittaya said.

“We believe these aircraft are very suitable for creating artificial reefs because they are large enough for divers to enter and will not affect currents at that depth. Also, they are mostly aluminum and will not rust,” he said.

The Douglas C-47 Skytrains, commonly called “Dakotas”, have a wingspan of 29m and are more than 19m long and more than 5m tall.

The Sikorsky S-58T is a large helicopter built for a crew of two and 12 passengers. It is more than 14m long and 4m tall.

“The reefs located off Koh Racha Yai, which attract some 600 divers monthly, is currently the only major site,” he added.

“We expect about 3,000 divers to visit the site annually,” he said.