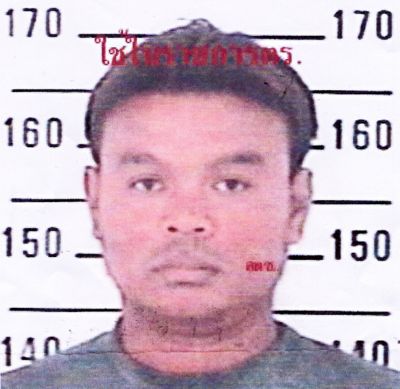 MAI KHAO: Police have been issued an arrest warrant for Phuket native Akkaradej “Chon” Tunkae, 31, a local resident in Mai Khao, for the murder of Swedish tourist Hanna Backlund, 26.

Hanna was found stabbed to death on Mai Khao Beach about 300 meters from where she was staying. Her body was discovered by Emma Stenman, who Hanna was holidaying with at the time.

At a press conference at Phuket Provincial Hall at 9:45 am, Phuket Provincial Police Commander Maj Gen Decha Butnampeth said that Akkaradej is believed to be in Chumphon. “On the morning of March 16 [the day after the murder], he called his wife and told her that he was in Chumphon with his daughter.

“We are working closely with Chumphon police to find him,” he said.

“Before he left, he was seen with wounds on three fingers of his right hand. His middle finger, ring finger and little finger all had plasters [band aids] on them,” Gen Decha said.

Phuket Governor Niran Kalayanamit said, “After questioning about 12 local villagers, including his wife, it was discovered that he liked to hide and look at foreign women who went swimming at the beach. He seemed obsessed.

“He cleaned swimming pools and did gardening for some local government offices. He was separated from ex-his wife and had remarried. He has one daughter from his ex-wife and he lived about eight kilometers from the scene [of the murder],” he said.

At that time Akkaradej used the name “Tatchai”. He changed his name after being released from prison, he added.