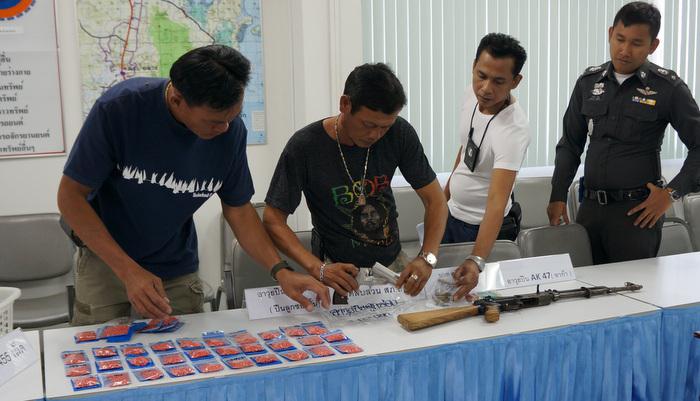 PHUKET: Police arrested a confessed drug dealer in possession of an AK-47 assault rifle and a homemade handgun at his hut near the mangroves of Pa Klok yesterday.

“We received a tip-off that an armed drug dealer was operating out of the hut, so we staked it out,” said Phuket Provincial Police Deputy Commander Arayapan Pukbuakhao.

“We saw two men, who we have now identified as Adisak Homhuan and another man so far identified only as Kritsada ‘Ae’, enter the hut.”

As police presented themselves, the three men inside the shack fled into the mangroves.

Officers were able to catch only one of the suspects, Saranyu Salee, 42.

“He confessed to all charges,” Col Arayapan added.