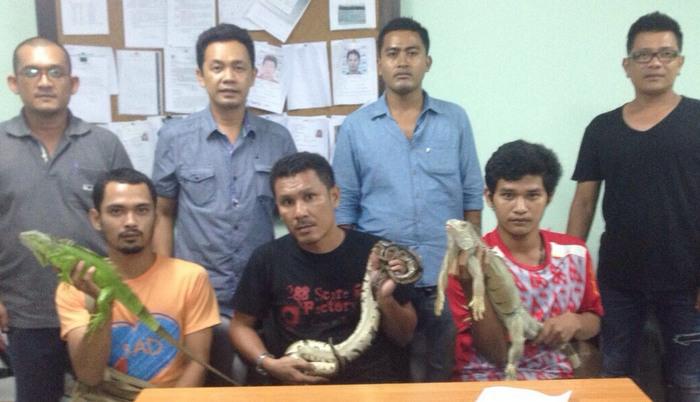 PHUKET: Three animal touts were arrested yesterday, as Phuket police continue to crackdown on anyone offering tourists photo opportunities with animals, endangered or not, on Soi Bangla.

Lt Col Sutthichai Thianpho of the Patong Police, nabbed two animal touts on Sunday while out cycling when he was off-duty (story here). This led to the arrest yesterday of three men who were offering to take tourist’s pictures with iguanas and a ball python, a species native to Africa, not Thailand.

The two iguanas and the python were handed over to the Environmental Conservation Division at Khao Phra Thaeo Wildlife Sanctuary, where they will be examined, treated if necessary and protected.

“No slow loris’ or gibbons were found yesterday,” Col Sutthichai confirmed to the Phuket Gazette.

“Police will keep arresting people who harm animals for money. If they do not stop it, we will continue to arrest them.