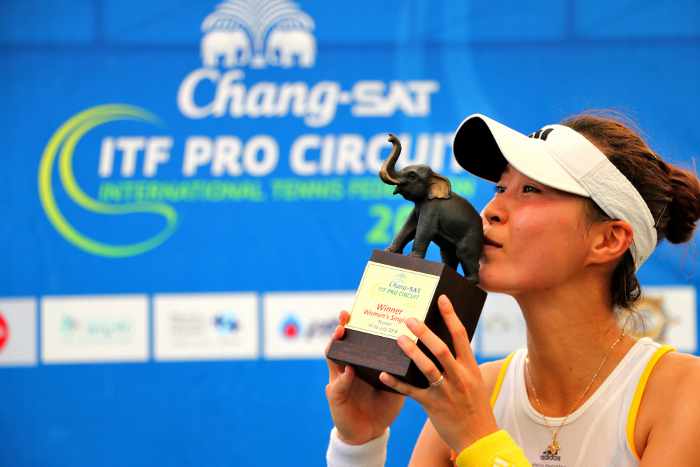 PHUKET: With the rise of Asian ATP and WTA players like Kei Nishikori of Japan and Li Na of China in the tennis world, this year’s participation has increased by numbers and there’s a strong progression of tennis in Asian countries.

The two ITF women’s tournaments held at Thanyapura have proven this without a doubt. The Single and Double winners of both tournaments turned out to be from Asia.

In the last week’s tournament, Yoo Mi of Korea won the Single Title over Zuzana Zlochova of Slovakia with the scores 6:4 and 6:2. 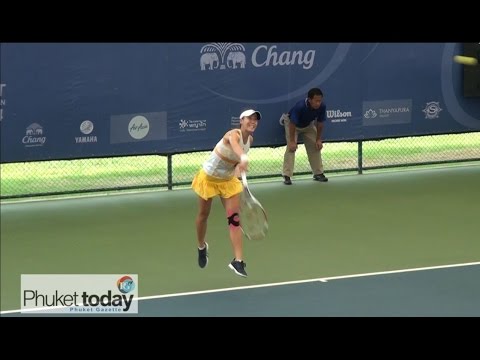 Action from the ITF Singles final event at Thanyapura on Saturday between Yoo Mi of Korea and Zuzana Zlochova of Slovakia. Video: PGTV

The doubles event went to the Thai ladies Ms Nicha Lertpitaksinchai and Ms Peangtarn Plipuech with a win over Korean Yoo Mi and Han Na Lae by 6:3, 6-7 (5), 11-9.

“This is our 3rd year hosting ITF tournaments at Thanyapura Phuket. It was great to see lots of exciting action and great tennis matches from the past two weeks, especially in these fine facilities. In overall, we had a successful event, and we look forward to bringing the event back to Phuket in October” said Mr Vijja Vajaranant, tournament organizer.

The next ITF tournament will be held from October 17-November 1 at Thanyapura.