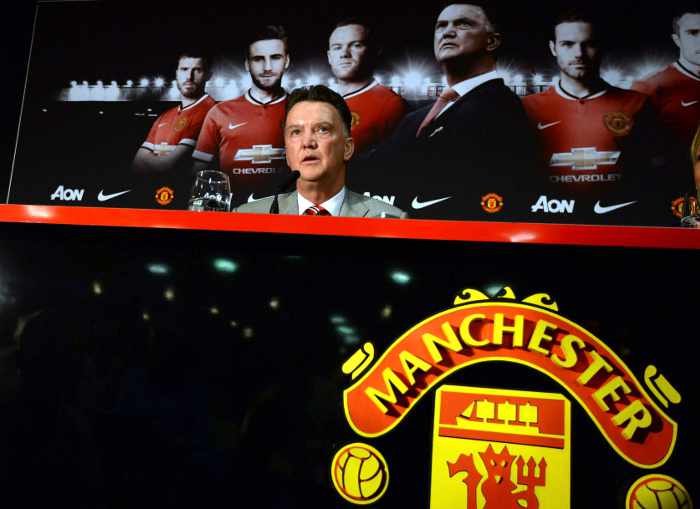 PHUKET: On paper it appears a match made in heaven. Serial winner Louis van Gaal at the helm of 20-times English champions Manchester United with a mission to steer the chastened giants back to the Premier League summit.

When United kick off the new season next Saturday lunchtime at home to Swansea City, however, reputations will count for precious little and if United are to confirm last season’s horrors as a ‘blip’ they will have to do it the hard way.

Only the seriously blinkered and maybe Liverpool’s most diehard fans would take issue with van Gaal’s assertion that Manchester United are England’s biggest club.

Plenty will have something to say, however, with any assumption that the wily tactician whose tough demeanour earned him the nickname the Iron Tulip, can provide an instant fix.

“I think what he’ll find is the competition in this league will be different to any other league that he’s worked in,” Liverpool boss Brendan Rodgers warned this week.

Last season’s seventh-placed finish under David Moyes, their worst ever in the Premier League, was all the more galling as neighbours City clinched a second title in three seasons almost by default after Liverpool buckled and Chelsea shot themselves in the foot.

By their own standards City have been relatively restrained in the transfer market during the close season, partly because of a UEFA spending cap imposed for their failure to comply with Financial Fair Play guidelines.

Mourinho spent most of last season playing down Chelsea’s title chances on his return to Stamford Bridge but the “underdog” tag will cut no ice this time.

With Diego Costa and Filipe Luis signed from Spanish champions Atletico Madrid and former Arsenal hero Cesc Fabregas snapped up from Barcelona, not to mention veteran striker and club hero Didier Drogba back in navy blue, the Portuguese will be expecting to bring the title back to west London for the first time since 2010.

“We are strong. I don’t want to speak about the others because obviously the others are strong too. But we are going to be stronger,” the 51-year-old Mourinho said.

“We needed to transform our squad a bit and especially the striker and midfielder positions. We identified clearly the profile of the players we needed.”

Last year’s runners-up Liverpool have spent around 100 million pounds in the transfer window, although whether or not that can compensate for the sale of talismanic Uruguayan striker Luis Suarez to Barcelona remains to be seen.

“Any team that loses a player like Luis is going to feel it,” Liverpool right back Glen Johnson, said. “But we will carry on the way we do, creating chances. We’ve signed some good strikers and I’m sure once they get a chance thy will take it.”

Competing with those three clubs, together with an Arsenal side boosted by the arrival of Chile forward Alexis Sanchez and the return from injury of Theo Walcott, will be an enticing prospect for the assertive Van Gaal as he begins arguably the biggest challenge of his managerial career.

He has a proven record of collecting silverware, having won league titles with Ajax and AZ Alkmaar in the Netherlands, Barcelona and Bayern Munich where he was the first Dutch coach to win the Bundesliga. He also took the Netherlands to third place at this year’s World Cup in Brazil.

Pre-season wins over the likes of Real Madrid and Liverpool have provided grounds for optimism but his man-management skills and tactical acumen will be tested to the full as he tries to revive a squad so desperately lacking in spark last season.

“It’s the biggest club because of how well it’s known around the world,” Van Gaal said when confidently addressing the media on his first day at Old Trafford.

“Can I fulfil the expectation? I think I can do it but because of the greatness of this club, it is also much more difficult than at another club.”

Once the world’s most hyped and lucrative domestic competition resumes next weekend, England’s World Cup debacle will be consigned to a dusty filing cabinet at the headquarters of the Football Association.

While expectation for the national team appears to be at an all-time low, fans of the 20 clubs in England’s top flight will be salivating over the high-octane feast of foreign-influenced football that will be served up from August to May.

The scrap for top-four places promises to be tastier than ever this season with Tottenham Hotspur, under new coach Mauricio Pochettino, and Roberto Martinez’s Everton likely to be hovering on the fringes.

Outside the top eight, the rest of the clubs will be anxious to stay away from trouble.

For promoted Burnley, Leicester City and Queens Park Rangers, survival will be the target while the likes of Aston Villa, West Ham United, Southampton and Swansea City could all find themselves at the wrong end of the table.

New-look Arsenal have the taste for trophies