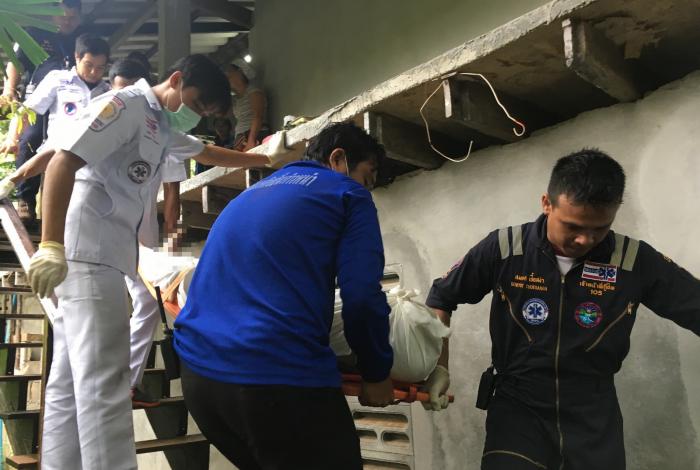 PHUKET: An unidentified Thai man was found hanging in a house in Pa Klok this morning.

Lt Sunan Petnhu of the Thalang Police received the report about 9.20am.

“When we arrived we saw the body of the 25 to 30-year-old man hanging by rope on the first floor of the two-storey house. He was about 165cm to 170cm tall, wearing a black T-shirt and blue jeans. His left foot was on a chair while his right foot almost touched the ground,” confirmed Lt Sunan.

“We believe he hung for about 12 hours before his body was discovered,” Lt Sunan siad. He also confirmed to Phuket Gazette reporters that, upon checking the body, no signs of a struggle were found.

“Locals told us they knew the man only as Mr Sorn who had moved into the house a few months ago. They say he would always leave for work in the morning and return at night. This time, however, passersby found his body hanging instead,” said Lt Sunan.

The man had reportedly lived and worked on Koh Yao for three years before moving to Pa Klok.

“At this stage, we do not know the reason behind his death. We are currently trying to identify the man so we can contact his relatives,” Lt Sunan added.