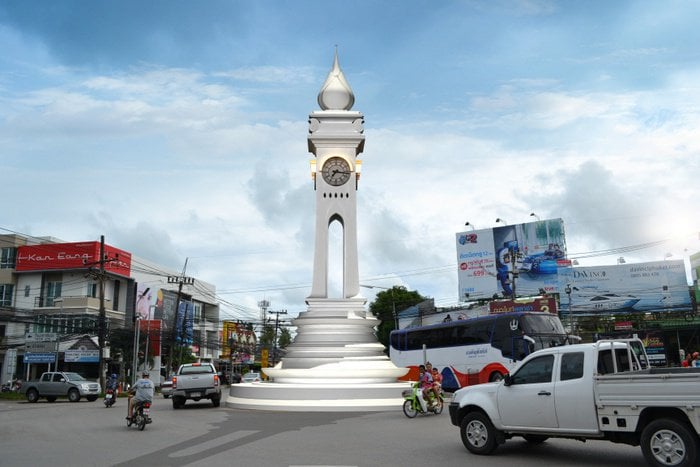 PHUKET: The need to remove more than 100 utility poles in preparation for building the Chalong Underpass ‘may’ delay the start of construction until next year.

“It is hard work to remove that many poles on both sides of the road, while ensuring as few people are affected as possible. The Provincial Electricity Authority (PEA) Region 2 office, located in Nakorn Sri Thammarat, is in charge of this part of the project, “Chalermpol Wongkiattikun, project engineer from the Department of Highways, told the Phuket Gazette.

In August, officials released alternative routes for drivers to take during the first and second phase of the Chalong Underpass construction. Diggers were originally expected to be in motion last month (story here).

“The PEA team that will be doing the work at the Chalong Underpass has to finish their work at the Bang Khu Underpass first,” said Samak Luedwonghad, director of the Phuket Highways Office. “In a worse case scenario, construction might not start until January.”

However, water pipes that will interfere with the construction should all be removed in the next two weeks, explained Mr Samak.

“We will do our best to ensure everything is ready before we break ground. We know traffic flow will be an issue, so we want to minimize the amount of time we spend disrupting it,” Mr Samak said.

A meeting will be held next week to review details of the Chalong Underpass.