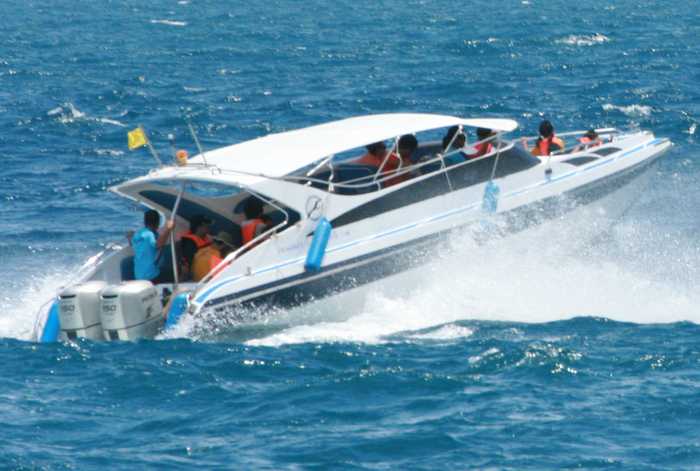 PHUKET: Officials are unable to prevent tour boats from departing the island despite the current heavy weather and small boat warnings, the Phuket Gazette has confirmed.

“So far this is only a weather warning, so we can only warn boat operators,” Lt Col Chatchai Sakdee of the Phuket Marine Police told the Gazette.

“If the Marine Office of the Governor’s Office orders boats to remain in port, we could arrest and fine operators under Section 297 of the Navigation in Thai Waters Act.”

The section stipulates that anyone who disobeys such an order will face up to three months in jail, a fine of between 500 to 5,000 baht, or both.

Regardless, Col Sakchai remained confident that boat operators would not risk their own lives, or those of their passengers, by putting to sea during the current weather.

“We do not have a problem with small boats, as I believe they do not want to risk people’s lives, their boats or their businesses,” he said.