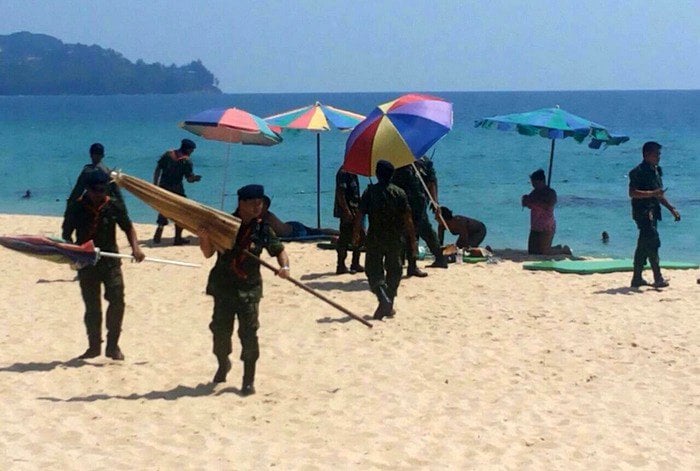 PHUKET: More than 100 pieces of beach furniture were seized in northern Phuket today, following complaints of beach encroachment being filed to the Thalang District Office.

“Since nobody stepped forward to claim the assortment of items spread out along the beaches, both inside and outside the 10-per-cent zone, we filed a complaint to the Cherng Talay Police.”

Mr Siripong expects the police to track down the owners of the furniture and charge them with encroachment.

All items are now being kept at the Cherng Talay OrborTor.

Mr Siripong pointed out that even items within the 10-per-cent zone are not to be left out by operators as a way of claiming territory.

“We are following Governor Nisit Jansomwong’s orders. He wanted everyone to keep a close eye on beach vendors and enforce the beach-management policy,” Mr Siripong said.

“Vendors must follow the rules, or they will be arrested and charged for encroaching on the beach.”