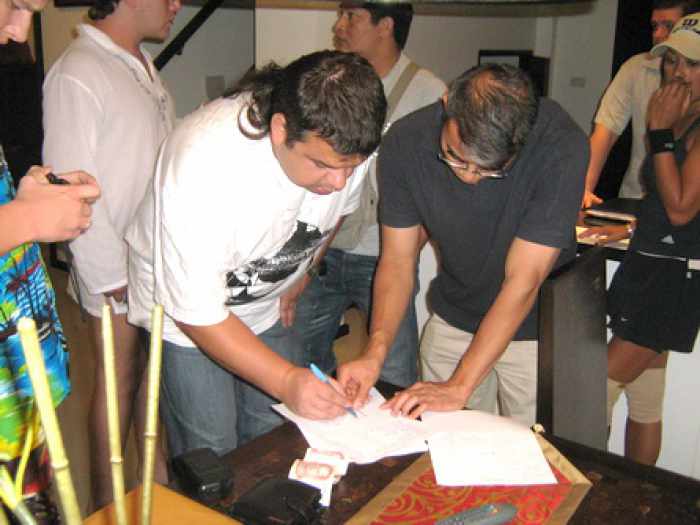 PHUKET: Ukrainian Maksym Shynkarenko, arrested in Phuket in 2009, has been sentenced to 30 years in prison on child pornography charges.

Shynkarenko, 35, pleaded guilty to starting and operating a hard-core child pornography website for three years, for which a federal judge in New Jersey on Tuesday sentenced him to three decades in prison, reported Reuters.

In January, Shynkarenko admitted conducting a child exploitation enterprise by running the site between 2005 and 2008.

He was taken into custody at his rented villa in Chalong (see the Phuket Gazette‘s original report in 2009 here) as part of an investigation that also led to the convictions of more than 600 American subscribers in 47 states, prosecutors said.

Shynkarenko was held in Thailand for more than three years before making his initial court appearance in Newark, New Jersey, in June 2012 (story here).

He faced a 32-count indictment for conspiracy, advertising and transportation of child pornography that called for up to life in prison, prosecutors said.

“Shynkarenko worked the supply side of a market that sells images of the most depraved, predatory abuse of children,” US Attorney Paul Fishman said in a statement.

Shynkarenko, working with other conspirators including one from Siberia, operated the site from the Ukraine, advertising the images under the name “Illegal.CP” and “Pedo Heaven.”

Officials discovered the site in 2005, based in part on emails recovered from a person in Long Branch, New Jersey.

Shynkarenko, shackled and wearing a green top and olive-colored pants from the Hudson County Correctional Center, expressed remorse for his actions when the judge asked him if he wanted to address the court.

“I am grateful for the chance to change my life,” he told US District Judge William Walls, speaking in heavily accented English.