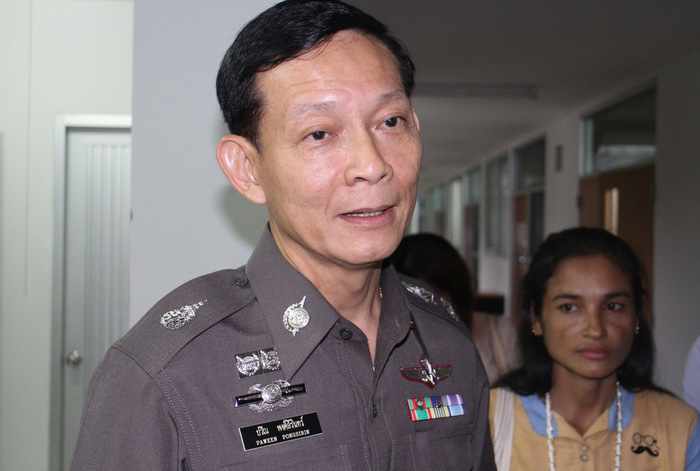 PHUKET: Officers from the Anti-Money Laundering Office (AMLO) will join the police investigation into taxi drivers who are possibly laundering money, as the Phuket taxi mafia crackdown continues with officers focusing their efforts on Patong.

“We recently contacted AMLO and confirmed that a team from their office will come to Phuket this month to assist in our investigation,” Maj Gen Paween Pongsirin, a deputy commander of the Royal Thai Police Region 8 division, told the Phuket Gazette today.

On June 4, Gen Paween led some 1,000 Region 8 Police officers, under the protection of about 100 soldiers, along Phuket’s west coast in the opening barrage of arrests to purge the island of illegal, violent and cheating tuk-tuk and taxi drivers (story here).

“We are collecting evidence and questioning witnesses while we wait for the AMLO officers to arrive. We want to apprehend all criminal taxi drivers as soon as possible,” said Gen Paween.

“We have added more suspects to our list and have requested arrest warrants from the court. We will make arrests as soon as we can.”

Gen Paween declined to reveal the number of arrest warrants requested or the names of any of the suspects wanted.

“Anyone who is found guilty of laundering money will be penalized and anyone who is known to have accepted money from them will also be charged with laundering,” he said.

The General also noted that “Patong may be more difficult to clear of illegal taxis than another areas in Phuket. There may be a local politician supporting them there.”

“But as soon as we have enough evidence to obtain arrest warrants, we will move in and arrest our key suspects… No matter who they are,” he added.