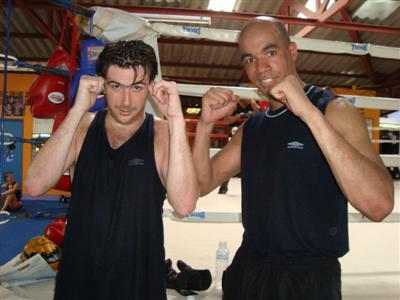 RAWAI, PHUKET: An accident in the early hours of Sunday morning left one British tourist dead and a Thai man seriously injured.

Tourist Kenneth Nicholas Ibrahim, 27, was killed when the motorcycle he was riding collided with a truck outside the Sai Yuan Bungalows in Rawai.

The Thai driver of the truck was also seriously injured.

The accident occurred sometime between 5am and 6am, according to friends.

Mr Ibrahim was driving to the 7-Eleven convenience store on Sai Yuan Road to buy cigarettes when the accident occurred.

Mr Rankin is still in Phuket arranging to have Mr Ibrahim’s body flown back to the UK.

Rawai Muay Thai camp manager Diana Campillo said, “Kenny was only here for a month, but he was hugely popular. Matt is going home devastated from his friend’s death and all of us at the camp are truly sorry for his loss. We give our condolences to Kenny’s family back in London.”