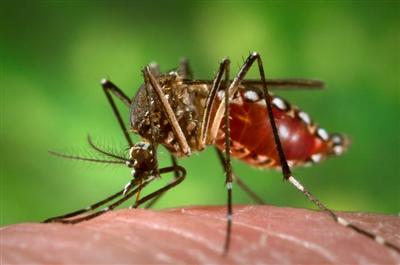 PHUKET CITY: Chikungunya, the viral disease that is sweeping the Deep South, has now surfaced in Phuket, according to the Phuket Provincial Health Office.

A press release issued by Kusuma Sawangpan of the Disease Control and Prevention Division confirmed four cases of the disease on the island, with all the patients being treated at Vachira Phuket Hospital.

The vector for the disease is the Aedes mosquito, which also spreads misery in the form of yellow and dengue fevers.

Chikungunya symptoms, similar to those of dengue fever, include an initial period of very high fever, typically lasting a few days, with a longer period of joint and muscle pain, headaches and insomnia.

Unlike dengue, which can lead to death in very young children, Chikungunya affects all age groups equally. It is less deadly than dengue, with far fewer cases of people going into shock and dying.

Following exposure, the incubation period for the virus in the bloodstream is typically two to four days, up to a maximum of 12.

There are, as yet, no antiviral drug treatments for Chikungunya, nor is there a vaccine against it. Treatment is supportive, including bed rest and painkillers, especially paracetamol.

However, other common painkillers including aspirin, ibuprofen and non-steroidal anti-inflammatory drugs (NSAIDs) are not recommended.

Prevention is the same as it is for other mosquito-borne diseases: prevention of mosquito bites by wearing long-sleeved clothes, using mosquito repellent, fitting windows with mosquito screens and emptying out containers of water in which the mosquito larvae can grow to adulthood.

Dr Sanphong Rittiraksa, a preventive medicine expert at the Songkhla Provincial Health Office, said on May 5 that Narathiwat was the hardest hit province, with 7,000 patients, followed by Songkhla with 6,500. Most of the victims reportedly were rubber tappers.

The disease emerged in Narathiwat last November and spread to Yala, Pattani and finally Songkhla, despite efforts by health officials in every province to contain the epidemic, Dr Sanphong said.

Now the disease is widely epidemic in the southern districts of Songkhla, including Sabai Yoi, Thepha, Nathawee, Chana and Sadao.

Rubber tappers are advised to soak their work clothes in a mosquito repellent chemical solution to protect them from being bitten by mosquitoes, Dr Sanphong advised.