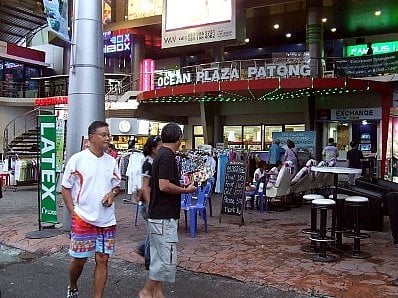 PHUKET: A coroner’s inquest conducted in the UK into the death of 21-year-old British tourist Charles Thomas in Phuket has ruled that his electrocution during heavy rain was an “accidental death”.

Mr Thomas was electrocuted in Patong in August last year after placing his hand on the cover of an outdoor power socket fitted into the forecourt paving stones in front of the Ocean Plaza Patong shopping mall on Soi Bangla.

Eyewitness reported that Mr Thomas placed his hand on the ground to support himself as he rose to his feet. He had been sitting with friends, together seeking shelter from heavy rain that night.

The water on the ground had flooded the socket, causing electricity to arc, bypassing the socket entirely and electrocuting Mr Thomas, the inquest was told.

The socket, which was fitted with a circuit breaker a year before the incident, was removed within weeks of Mr Thomas’ death.

“Cases like this are just an absolute tragedy,” Ms Kearsley said. “Charlie was a young man, from a loving family, enjoying his summer break. There is nothing he could have seen or done to know what was going to occur, in just seconds.”

Mr Thomas’ parents, Alison and Anthony Thomas, said their son, who was brother to Elizabeth, 23, and Christopher, 16, loved to travel.

“He was a quiet man who was known for his kindness. He touched the lives of many people and will be missed by all his family and friends,” Mr Thomas said.

A spokesperson at Sheffield Hallam University, where Charlie Thomas was a student, said, “We were very saddened to hear of Charlie’s death last year and our thoughts are with his family and friends at this difficult time.”