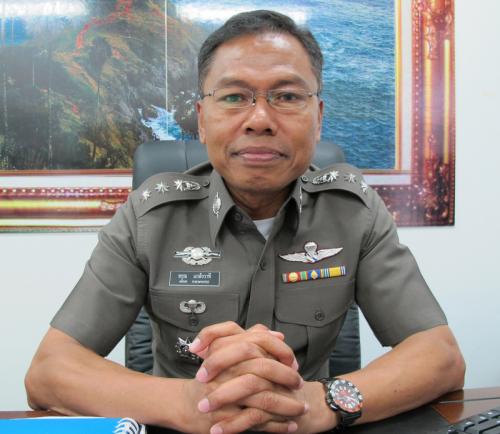 PHUKET: The five people accused of attacking a Malaysian royal family bodyguard in Patong in May continue to be held in Phuket as police pursue two additional suspects.

“We have sent the warrants to Malaysian police, who are searching for them,” he said.

Three Thais and two Malaysians have been charged with robbery and assault in the attack, which left bodyguard Mohd Sobri Bin Said severely beaten (story here).

“The incident has nothing to do with the Kedah Council of Regency chairman. It is based on an argument between the seven suspects and the Kedah royal family bodyguard, Mohd Sobri Bin Said,” Col Arun claimed.

Col Arun did not elaborate what the conflict was over. The Malaysians being held for the attack are suspected of entering Thailand and travelling nearly 500km to Phuket with the sole intention of attacking Mr Said.