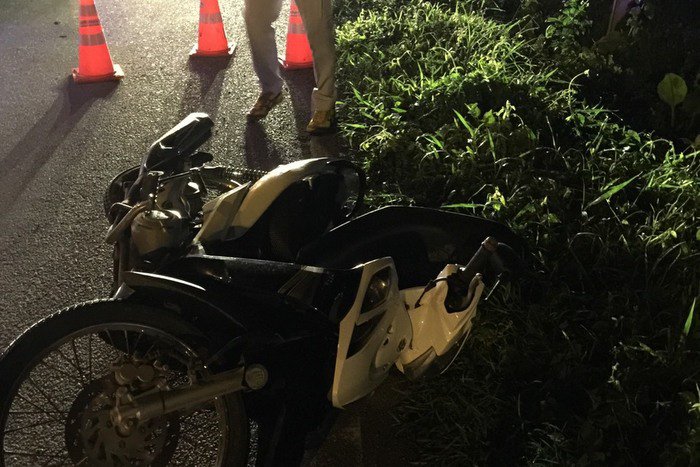 PHUKET: Two men on a motorbike were killed when they were hit and dragged by a tour bus on Thepkrasattri Road early this morning.

The bodies of Thai national Somwang Chuaykamchu, 31, and Myanmar national Aung Myint, 32, were underneath the bus when police and Kusoldharm Foundation rescue workers arrived at the scene near the entrance of Thai Watsadu in Thalang at about 1:20am.

“The men were making a u-turn opposite Thai Watsadu when they were hit by the Pornsiwathep bus heading northbound on Thepkrasattri Road. They were dragged about 10 meters before the bus came to a stop,” said Lt Col Sanit Nukong of the Thalang Police.

Police found a white Suzuki motorbike near the bus, but no helmets, confirmed Col Sanit.

The bus driver, Montree Posee, told the police that he was driving to work when the men suddenly cut in front of his bus, causing the collision.

“Police have, nonetheless, seized the bus and the motorbike until the investigation is complete,” said Col Sanit.

The bodies were taken to Thalang Hospital.