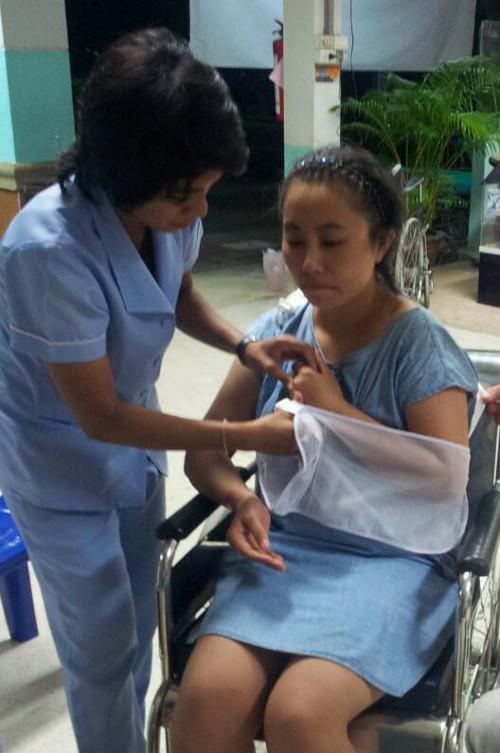 PHUKET: Two Chinese women on their way to a supermarket in Cherng Talay last night were attacked and robbed by two men on a motorbike.

The women were walking to Tesco Lotus when the two men rode toward them.

“The passenger got off the motorbike and snatched their bags, and the tourists fought to get the bags back,” said Jirasak Sungwisut of the Cherng Talay Police.

“The robber picked up a piece of wood lying nearby and hit them. When the women called for help, the men rode away,” said Lt Jirasak.

When police arrived at the scene, Yun Ren, 31, and Chen Supei, 26, had already been taken to Thalang Hospital.

Ms Yun sustained a dislocated shoulder and injuries to her hand, while Ms Chen had abrasions and scratches, said Lt Jirasak.

Police inspected the area where the women had been attacked.

“It is a dark and desolate area, but frequently used by tourists who stay in the area to get to the supermarket,” he said.

“We are working on arresting the two men,” Lt Jirasak added.