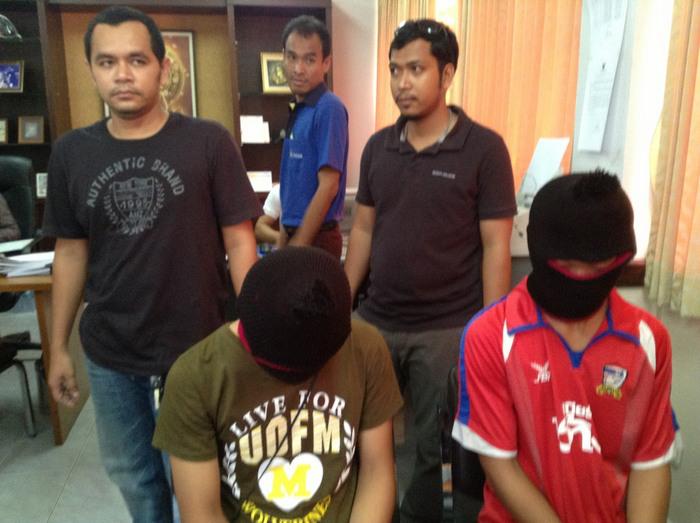 PHUKET: Police are questioning 17-year-old twin brothers suspected of raping a pregnant woman along a dark stretch of road in northern Phuket on Sunday night.

Tah Chat Chai Police have the pair in custody and are currently questioning them over the incident.

The brothers are suspected of kicking a 25-year-old woman who is five months pregnant off her motorcycle, causing her to break a leg in the fall, then dragging her off the road and raping and robbing her (story here).

When rescued, the victim was in shock and unable to tell police much about the incident.

“She said that two men rode alongside her and the passenger kicked her bike over,” Lt Santi Prakobkarn of the Tah Chat Chai Police told the Phuket Gazette.

“They dragged her and her motorbike into the underbrush next to the road and both men raped her. She told them she was pregnant and begged them to stop, but they ignored her,” Lt Santi said.

After the men robbed her of her cash and mobile phone, they fled. The woman then dragged herself to the roadside, where a passing motorist saw her and called the police. Rescue workers took her to Vachira Phuket Hospital.