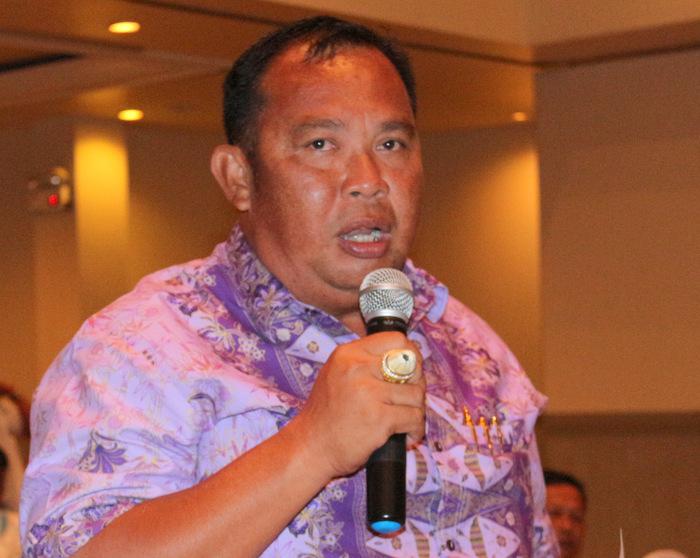 The selected route was chosen at the second public hearing for the project, held at The Metropole Hotel in Phuket Town.

The chosen route was among four options presented yesterday. The other three options were:

Two options presented at the first public hearing, held in July last year (story here), were dropped due to lack of support.

“Solving the traffic problem at Chalong Circle is critical. We have to fix it as fast as possible,” said Phuket Governor Maitri Inthusut.

“More than 10,000 motorists use the circle every day, causing heavy traffic during rush hours. I support the underpass chosen, as it will help to ease traffic while not creating an eyesore,” he said.

“I admit that traffic will be worse while the underpass is being built, but we will try to find alternative routes for motorists during the construction phase.”

Flood prevention was a key concern for Mayor Samran.

“This [flood prevention] must be sorted out. We all know that flash floods can strike at any time when heavy rain comes,” he said.

Rawai Mayor Arun Solos joined others in voicing his support for the project.

The hearing yesterday was held as part of the 9-million-baht feasibility study for the project, which is scheduled to conclude on August 12 (story here).

In a Phuket Gazette online poll held last year, more than one-third of the respondents voted to have an effective public transport system that reduces the volume of traffic on Phuket’s roads, instead of building an underpass costing hundreds of millions of baht at the busy Chalong Circle junction (story here).