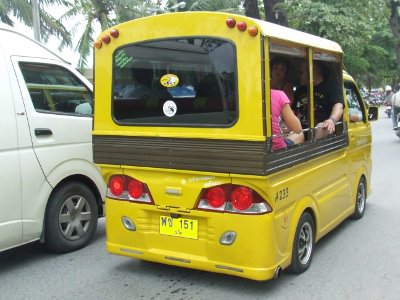 The men were wanted for setting up the blockade after being involved in a fight with Dutch tourists, which resulted in the tourists requiring hospital treatment.

The incident sparked comment from Dutch Ambassador to Thailand Joan Boer in his recent meeting with Phuket Governor Tri Augkaradacha.

It also spurred Phuket Provincial Police Superintendent Pekad Tantipong into laying down the law to the tuk-tuk drivers, saying that street blockades will no longer be tolerated.

He declined to name the four drivers.

“I have to talk to my commanding officer before I can reveal their names to the media,” he said.

The men were charged with obstructing traffic, which Patong Police Chief Col Arayapan Pukbuakao earlier told the Gazette carries a maximum fine of no more than 1,000 baht.

“As they have surrendered themselves to the police, they have now been released. They will have to come back to plead guilty or to deny the charges,” said Lt Col Kittipong.

Lt col Kittipong explained that the minor charges were brought against the drivers in accordance with Maj Gen Pekad Tantipong’s order to bring about change in local tuk-tuk drivers’ conduct “step by step”.

“We are starting by using minor charges with light penalties only, which is a warning to them. Now let’s see if they behave.

“If they do not behave themselves or if they block the road again, we will levy charges with harsher penalties to manage the problem.

“For the time being, they seem to be controlling themselves, which is good for their own image,” Lt Col Kittipong added.