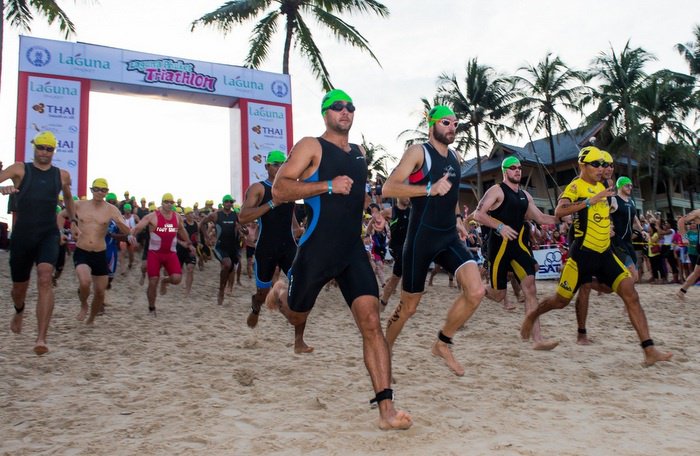 Following the success of its inaugural event in 2013 and the second edition last year, the iconic multi-sport, week-long event is set to take place again, with the 22nd Laguna Phuket Triathlon (LPT) on November 22 and culminating with the 3rd Challenge Laguna Phuket (CLP) a week later on November 29.

With the event only two months away, the excitement is growing by the day. To date, more than 1,300 athletes have signed up with an estimated 1,500 expected to join.

In the Laguna Phuket Triathlon, 2014 champions Massimo Cigana and Alberto Casadei from Italy have registered to return to defend their titles, impressively crossing the finish line together to become LPT’s first dual champions.

LPT will also see the return of Australia’s Luke McKenzie who won at Ironman Cairns in June. McKenzie is a frequent competitor at Laguna Phuket’s triathlons. Last year, he came in third in the CLP.

This year, McKenzie will be joined by his American partner Beth Gerdes who began racing professionally in 2012 and took a hiatus in 2014 to give birth to their daughter, Wynne.

A week after the LPT, the Challenge Laguna Phuket race will see both its champions from the men’s and women’s fields, Swiss Olympian Ruedi Wild and world champion Melissa Hauschildt of Australia, defending their titles from last year’s race.

Wild made his LPT debut in 2012 with a title win that he successfully defended in the 2013 race before his first CLP title win last year. In August this year, he came in third at the Ironman 70.3 European Championship in Wiesbaden, Germany.

Hauschildt is CLP’s two-time champion in the women’s field. She will try to race this year to get her triple win in a field that will include Olympian Radka Vodickova of the Czech Republic.

Filipino fugitives to be deported