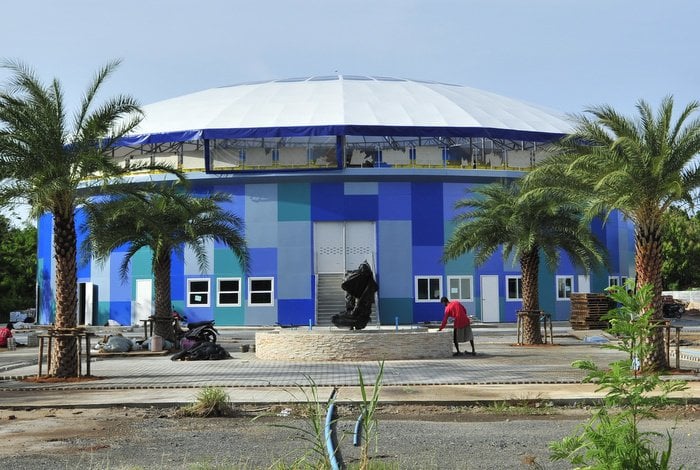 PHUKET: The unopened Nemo Dolphinarium in Chalong has secured permission from the Department of Fisheries in Bangkok to import dolphins and other marine animals for the hotly-contested Phuket attraction.

“We are now working on importing the animals for the show. However, we have yet to confirm how many will be allowed for the performance,” said the dolphinarium project manager, who asked not to be named.

It was last reported that four bottlenose dolphins, not six as originally reported, as well as sea lions and seals were destined for the facility as well (story here).

“In the meantime, our marketing team is working on promoting the show. We don’t expect to have a very big grand opening; we just want to offer another entertainment option to tourists,” the representative said.

The dolphinarium is slated to open for the upcoming high season in November. However, the company is prepared for it to take a little longer – perhaps not opening until December.

“I understand some people are against us. However, many people are waiting for us to open.”

One such group that continues to push against the company’s efforts, garnering the support of locals and taking the issue directly to government offices, are members of the ‘Phuket Says No To Dolphin Shows’ Facebook group, as well as members of the Ric O’Barry Dolphin Project.

“We can’t stop this from continuing without your help. With donations we can educate the community and thus starve this barbaric ‘attraction’ of profit,” the statement said.

Earlier of this month, members of the anti-dolphin show group went to Taiji, Japan to raise awareness about how the marine mammals are sourced for dolphin shows (story here).

Try your best at Laguna Tri-Fest