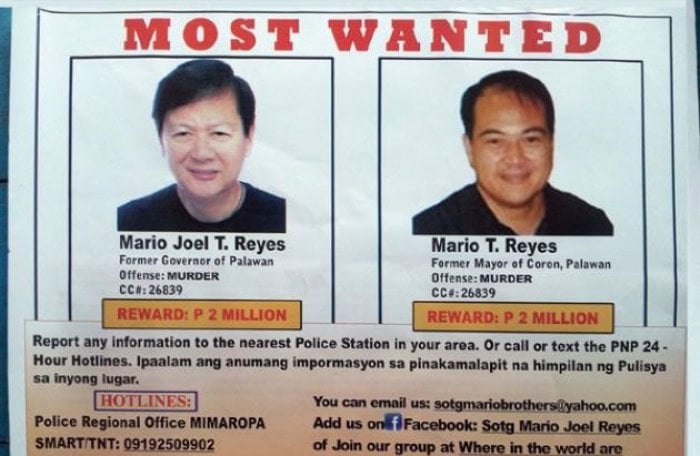 Joel Reyes, former governor of Palawan, and his brother, Mario JR Reyes, former mayor of Coron, were arrested in Phuket on Sunday. The pair are wanted for the 2011 murder of environmental activist Gerry Ortega (story here).

“They had been living in the Rawai area for three years after evading arrest in their own country,” said Lt Col Jamroon.

The brothers fled the Philippines in March of 2012, several months after the Department of Justice indicted them for the murder of Mr Ortega. An arrest warrant was issued for them by the Palawan Regional Trial Court.

Try your best at Laguna Tri-Fest