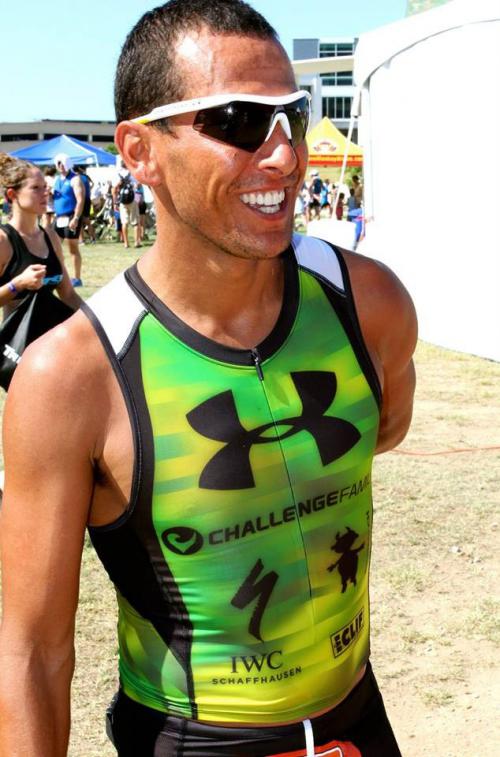 PHUKET: Thanyapura Phuket has appointed multiple world champion athlete, Chris McCormack, as Executive Chairman of the island’s world-class megaplex as it takes a big stride into the future with the establishment of Thanyapura International to take its unique and ground-breaking “Thanyapura Active Healthy Lifestyle” concept to the world.

Mr McCormack will take up the reins at Thanyapura Phuket on December, 1, 2013 and be joined by new Chief Executive Officer Michael Gilliam.

Michael Gilliam, or ‘MG’, has not only been a fixture in ‘Team Macca’, as the McCormack juggernaut is known, since its inception but for 20 years has been a respected sports personality in Australia. As coach to many of the country’s elite athletes, he founded the LifeVision personal training brand of gymnasiums and Sportoga, both of which he recently sold to concentrate on his new challenge in Phuket.

The team will be charged with further advancing Thanyapura Phuket’s Active Healthy Lifestyle concept across all areas of sports, mind, health and education, including developing the junior athlete program at the Phuket International Academy Day School.

Thanyapura Phuket’s President Robert Hauck, will step up into a global role as Chief Executive Officer of Thanyapura International to spearhead the drive to export Thanyapura’s recipe for success and philosophy of ‘getting more out of life’ to the world, where he will be supported by the whole Thanyapura team.

Chris McCormack, winner of more than 200 triathlons, and widely considered one of the best ever to contest the swim, bike and run, said he was excited about becoming part of the Thanyapura project and was a big fan of its philosophy.

“I came here to train and fell in love with the place,” he said. “Phuket is my sport’s emerging new power base and the opportunities are huge. However, I also deeply believe in Thanyapura’s brand promise: ‘Get more out of life’. It’s not just about high performance and winning races. Thanyapura is for everyone.”

Mr McCormack’s winning mentality on the sports field will be just as complimentary in the boardroom as his athletic credentials combined with a well-rounded healthy active lifestyle, attention to detail and mindful discipline set him up for a new and exciting chapter in his career.

Thanyapura International, meanwhile, will engage potential overseas suitors. “Following on our recent success in rebranding and the great interest we have received from the public, I’m delighted to lead the company’s initiative to introduce the Thanyapura brand and concept to the wider global market under Thanyapura International,” Mr Hauck said. He will assume his new role from 1st December 2013.

Thanyapura Founder Klaus Hebben added: “I would like to take this opportunity to welcome Chris McCormack as Executive Chairman and Michael Gilliam as Chief Executive Officer. They will be a tremendous asset to the company and I am confident they will achieve even higher levels of excellence in all important areas of our project.”

Buakaw breaking it down in Phuket