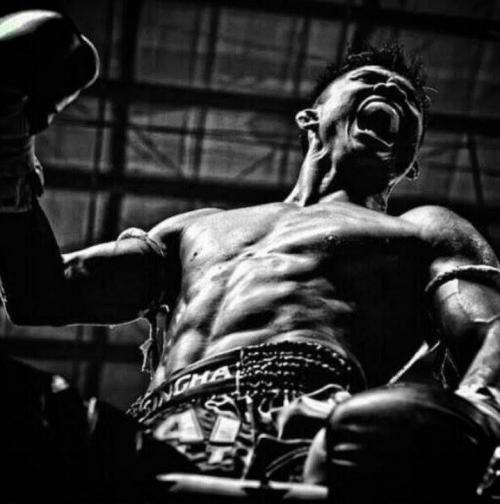 PHUKET: Muay Thai is Thailand’s signature sport, and its most famous active practitioner is Buakaw Banchamek, the rock-hard pugilist from Surin who first stepped into the ring at the tender age of eight and has been fighting regularly ever since – last Monday (November 18) right here in Phuket.

Thailand has produced some great fighters over the years: Khaosai Galaxy reigned supreme as the super flyweight world champ in the late 80s and early 90s, then Somrak Kamsing became an instant legend by becoming the first-ever Thai to win an Olympic gold medal in Atlanta in 1996.

Back in the day, Muay Thai was a Thai passion too arcane for the vast majority of foreign martial arts fans too appreciate, so the only path to international stardom for Muay Thai fighters was to make the difficult transition to “Muay Sakhon”, western-style boxing, which is the path both Khaosai and Somrak took.

However, all that changed with the advent of mixed martial arts (MMA) and its premier showcase, the Ultimate Fighting Challenge, or UFC. As MMA developed, it rapidly became apparent that mastery of the knees and elbows as weapons of attack and defense were vital skills for success, and foreigners began to flock to the Kingdom to study the discipline, which is now taught in many countries around the world and is quite possibly Thailand’s greatest cultural export, after Thai food.

Any discussion of who is the greatest Muay Thai fighter ever has to include Buakaw, who has appeared in over 400 fights, starting in Muay Thai and then transitioning to “shootboxing”, a version of kickboxing in which he has attained international stardom by becoming the third person ever to win multiple titles in the premier K-1 World Max Championships. He has also played major roles in three popular Thai movies, both showcasing his rock hard physique and cementing his image as the “Thai Rambo”.

Before his exhibition match here, the Phuket Gazette caught up with the champ during his visit to the Saensook Community, a low-rent, seaside area on the East side of Phuket Town where foreigners seldom ever venture. Buakaw is immensely popular among residents in places like the Saensook community, not only as a pugilist, but as a cultural icon: a symbol to the poor of just how much is possible though determination and hard work.

Hundreds of people from throughout the community turned out to see the champ, who gave a short speech and then posed for pictures, held babies and passed out cartons of milk for children before taking off his shirt to expose his chiseled physique.

Then he did a short but fierce focus pad demonstration with his trainer as hundreds of people looked on. The show finally ended when a savage kick by Buakaw propelled his overwhelmed trainer into the crowd, knocking over an excited old man and, in turn, a few small children who had the misfortune of having been standing behind him. Show over.

After that, we had a rare chance to interview Buakaw in a small home along Klong Saensook.

PG: How is your training going? You look like you are in pretty good shape.

BK: I feel like I am in good shape and that is because I never take a break from training.

So how many hours a day do you train?

I start first thing in the morning. It works out to about seven hours a day.

Do you maintain a special diet that helps to keep you in such good shape?

I just have a normal diet, eating regular foods in moderation at normal meal times and avoiding fat. I can eat normally and not worry about it as long as I keep the training up, day in and day out.

Do you ever take a break from training to let your body recover?

I only take a break from training after I eat, but then after that it’s right back to training.

You have been training since the age of eight. How many fights have you been in during that time?

About three hundred or four hundred by now.

That’s a lot. You are not getting bored with it?

I guess I am bored with it in a way, but I still find it fun and I still have the strength to continue doing it and giving everyone a chance to watch me perform.

When is your next K1 fight?

It will be December 30 in China. It is against a Chinese fighter, but I don’t remember his name right now. But my next fight, a Muay Thai match, will be in Khon Kaen on December 10. My opponent will be the German fighter Enriko Kehl in the Max Muay Thai series.

You certainly keep yourself busy, but at age 31 you will have to start thinking about retiring from fighting at some point. What do you think you would like to do after your fighting career ends?

I am already in the process of opening my own Muay Thai training camp to teach younger fighters.

You have appeared in three films already. Would you like to do more acting?

I would like to, but it is just a question of timing. If my fight training schedule will allow it and the opportunity arises, I would like to do it again.

You have been fighting since age 8. What were you like as an eight year old boy?

I was just a typical cheerful and happy boy, like any normal ban nok (country) boy. I was not hot tempered, a bully or anything like that.

You have fought in many different countries. How many?

Oh, so many and in Europe many times.

In which countries do you find that Muay Thai has become especially popular?

Muay Thai has become famous all over the world now, everyone is interested in it wherever I go. Holland and Japan are two countries where it has become particularly popular.

I looked you up on Wikipedia to try and find out a bit about your personal life, but did not find very much. Are you married? Do you have any children?

What do you think about the rise of mixed martial arts (MMA) and the relative demise of muay sakhon (western boxing) in Thailand?

Thailand is not producing too many western style boxers these days, fewer than in countries where it still remains popular.

Have you ever considered transitioning into MMA?

I have had some MMA training, but it is hard because there are so many different techniques involved.

Why did you choose the Saensook Community to visit today?

Some members of my team told me that I have a lot of young supporters in this community. So I wanted to thank them for their support with this visit.

Well they certainly enjoyed it. Best of luck in Patong and in all your future fights!