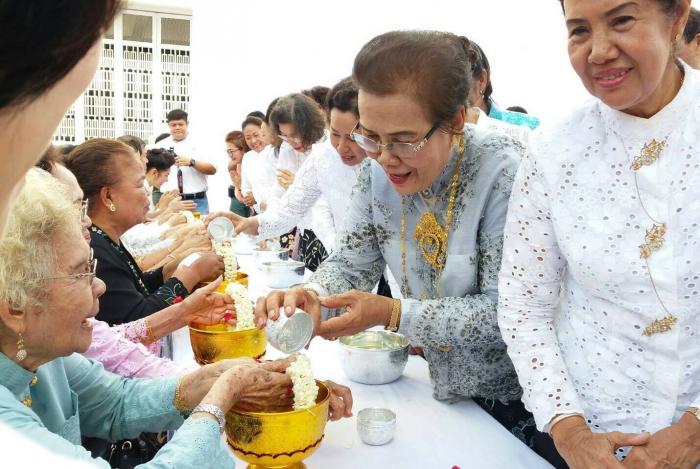 PHUKET: Unlike Songkran celebrations in tourist-heavy areas, Chalong and Phuket Town underwent an alcohol cleanse to host a more traditional commemoration of the holiday up until yesterday.

Chalong Mayor Samran Jindapon with the general public made offerings of food to monks at Soi Ta-iad at about 7am. Since it was also official ‘Old age Day’ on Thursday, members of the elderly community did a short on-stage performance.

The program also included a segment to help foreigners understand the rites and importance of celebrating the holiday, followed by traditional dances and pouring of water on the hands of the elderly.

“Following strict instructions of the government to control drugs and alcohol during the festival, it will be good to have fun without any legal concerns and road accidents,” said the governor. Powder, foam and high pressure water guns were also prohibited at the event.

Gov Norraphat added that the rules were implemented to maintain Thai traditions during Songkran and wished the attendees happiness and success.