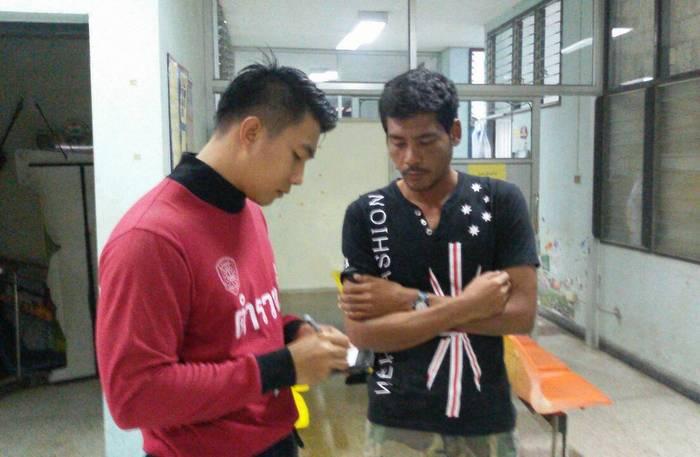 PHUKET: An elderly Chinese woman is dead and her family recovering in hospital after the longtail boat they hired capsized in rough seas in Krabi yesterday.

Boat driver Niyom Suebhet, 32, said that the longtail had started taking on water before capsizing in waves about three meters high.

“We left Koh Mai Pai at about 3pm. The tourists, four adults and two children, were heading to Ao Nang, where they were staying,” said Mr Niyom. “I didn’t think that the weather would be that rough. That’s why I took them.”

According to Mr Niyom, the family were wearing life jackets by the time the boat flipped. They then held on to the longtail for more than 10 minutes before being rescued by a passing speedboat.

Su Ji Zhen, 64, was pronounced dead on arrival at Krabi Hospital. The rest of the family are being treated by doctors, confirmed Maj Jaran Nabpetch of the Krabi City Police.

Doctors confirmed Ms Su’s cause of death as drowning.

Sarayuth Tanthien, chief of the Hat Noppharat Thara – Mu Ko Phi Phi National Park, said that all tour operators have been warned about the risk of large waves.

“All tour boats should check the weather forecast before departing, especially in the afternoon when the weather seems to be the roughest,” said Mr Sarayuth.

Krabi Police have yet to charge Mr Niyom, as they continue with the investigation.