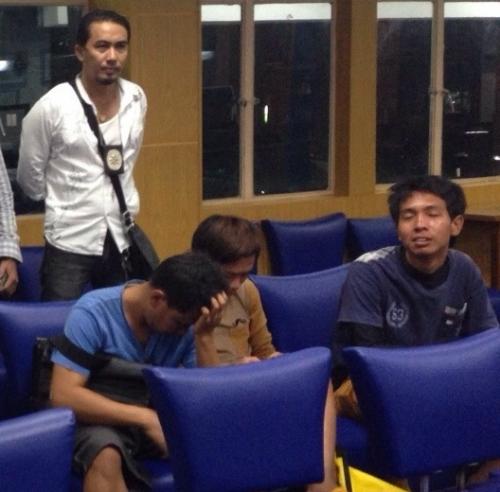 PHUKET: Seven Thais working illegally as tour guides catering to Chinese tourists in Phuket were arrested in the wake of a mass protest on Monday demanding the government take action against illegal guides.

The protest on Monday focused on Chinese nationals “stealing” the jobs of Thai tour guides, though those protesting also asked Phuket Vice Governor Somkiet Sangkaosuttirak to raise the cap on the number of professional Thai guides allowed to cater to Chinese tourists in Phuket, which now sits at only 80 (story here).

By law, only Thai nationals certified by the Professional Guide Association (PGA) may be employed as tour guides in Thailand.

“The seven people arrested were Thai. They have all been charged with working as tour guides without being properly certified,” Maj Urumporn said.

“Two of the seven have also been charged with possession of a category one drug,” he added.