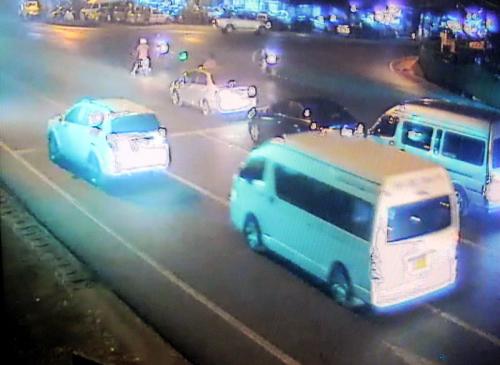 PHUKET: Phuket’s top brass highlighted the importance of CCTV in police investigations and the need for more cameras on the island at a meeting to discuss unsolved high-profile crimes with the Deputy Commissioner of Provincial Police Region 8 this week.

In his meeting on April 29 with the Deputy Commissioner of Provincial Police Region 8 Wissanu Muangprasee, Gen Choti discussed the role CCTV imagery has played in recent cases, highlighting both the successes and failures of the current system.

He pointed out that the recent spate of bike burnings that have flared up across the island appear to have been carried out by a group aware of the location of CCTV cameras.

“The burnings are happening on the border between the Thung Thong Police district and the Kamala Police district,” Gen Choti said. “They are an expert team that knows that area and chooses locations that are dark and don’t have CCTV cameras.”

Pointing to the limitations of the current cameras in Phuket, Gen Choti discussed the case of Jintana Mahattanapak, who was executed while driving home from work on January 18.

The event was captured on CCTV, Gen Choti noted. However, the images are of such low quality that they have so far revealed very little additional information about the incident.

Illustrating the usefulness of clear CCTV imagery, Gen Choti pointed to the case of the gold shop killing at Tesco Lotus on April 8.

“When we distributed pictures of the killer taken by CCTV to the public, we received information from more than ten people,” he said.

“We need government support to help us cover all areas in Phuket with high quality CCTV cameras,” Gen Choti said. “Phuket is an important tourism destination that generates income for Thailand. I want tourists to feel safe when they come to Phuket.”