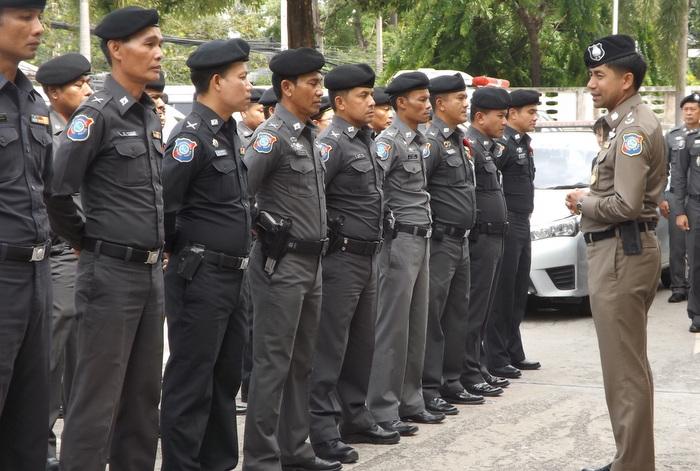 “We came here to visit our brothers in the force, the Phuket Tourist Police,” Major General Surachet said. “We are here to support them, and our missions are only completed through everyone’s help and cooperation.”

“Several cases this year have been solved by Phuket police officers,” Gen Surachet said. “Phuket is very important for Thailand’s tourism, and our work is running smoothly because everyone, government and private sector alike, understands the need for strict law enforcement. What we do, we do for the benefit of Thailand.”

Gen Surechet congratulated Phuket’s officers on their work in the prosecution of Tranlee Travel Co Ltd (story here), and the boat tour companies and operators involved in a collision which killed two Chinese nationals and left more than 20 wounded (story here).

Tranlee Travel senior director and shareholder Kritchakorn Roongmongkolnam, reportedly a foreign national, was arrested last month on suspicion he had passed himself off as a Thai national and used counterfeit credentials to establish the company.

Mr Kritchakorn was released on bail by order of the Phuket Provincial Court. His colleague and alleged co-conspirator has reportedly fled the country.

Gen Surachet said his department is gearing up for the coming high-season and holidays, particularly Christmas and New Year, stating that Tourist Police generally have to keep a closer eye on tourists during the holidays.

For his part, Phuket’s Provincial Police Commander said he is thankful for Gen Surachet’s visit.

“He has been a very good resource for us to pass along information to our superiors and in facilitating inter-departmental cooperation,” General Teeraphol said. “That that makes our job much easier and more effective.”