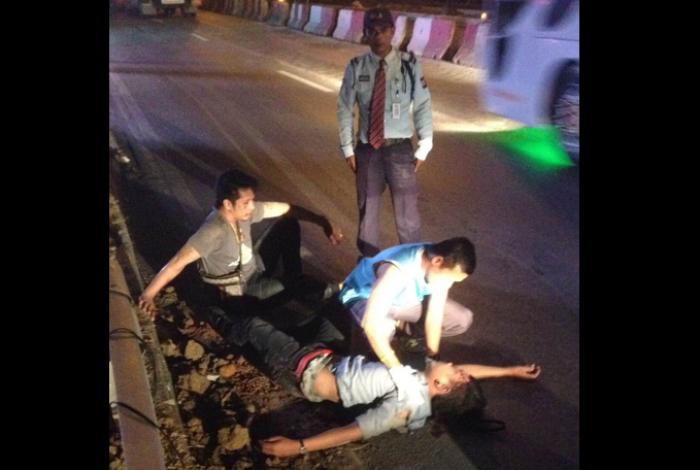 PHUKET: A Thai man is unconscious in Vachira Hospital after crashing his motorbike into a guardrail at the Bang Khu underpass in the early hours of the morning.

Maj Somchai Nuboon of the Phuket City Police reported that officers received calls from locals about a motorbike that had fallen into a three-meter-deep ditch at 5:20am.

Police found the driver, Kittikorn Meejor, 26, passed out on the side of Thepkassatri Road. Rescue workers from the Kusoldharm Foundation took him to the hospital. Mr Kittikorn’s passenger, who was uninjured and asking passersby for help, seemed intoxicated, Maj Somchai confirmed.

“According to locals at the construction site, a backhoe was digging the pipe ditch at the time of the incident and workers had laid out traffic cones around the site,” Maj Somchai said.

Maj Somchai stated Mr Kittikorn is still unconscious at Vachira Hospital, and that the police have already contacted his family.