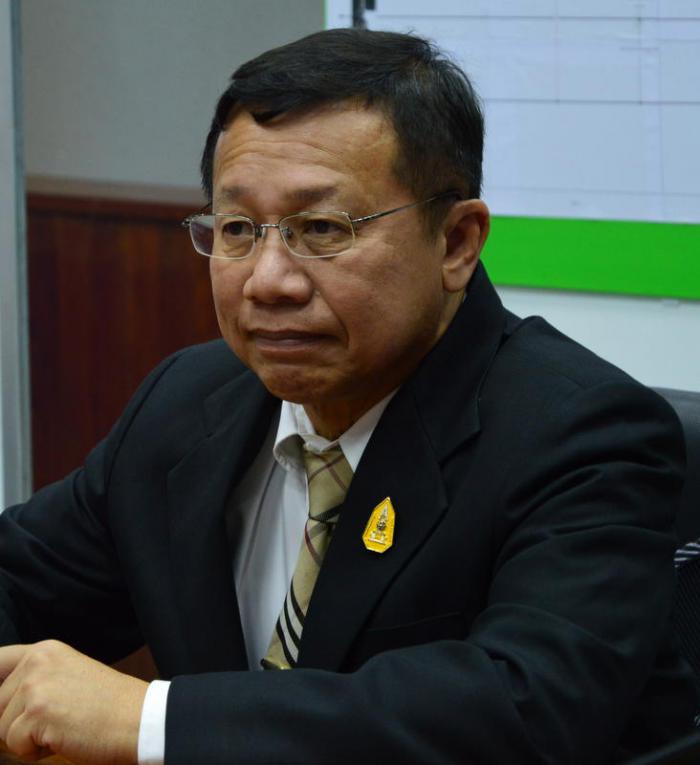 PHUKET: Recent news of the stolen passports trade in Phuket and the recently found Russian kidnap victim prompted a visit from Thailand’s Tourism and Sports Minister to the island yesterday to meet with officials and get to the bottom of the issues.

“I came to Phuket to follow up on the cases concerning the stolen passports used to board missing Flight MH370 and the Russians that were reported kidnapped,” said Tourism and Sports Minister Somsak Pureesrisak.

Phuket has been put under the international spotlight after the news broke that two men boarded the ill-fated Malaysia Airlines Flight MH370 using passports stolen on the island (story here).

“In 2012, 2,000 passports were reported stolen nationwide. That number went up by more than 500 in 2013. Those numbers will have to be officially verified by the Ministry of Foreign Affairs, but after studying news reports, we can see an increase in the trend,” he said.

The lead investigator on the case, Phuket Provincial Police Deputy Commander Col Arun Kaewwatee, told the press, “After discovering that the passports used to board Flight MH370 were stolen in Phuket, we learned that 372 passports have been reported lost in Phuket since January this year, and 274 of those were reported lost in Patong.”

Police are now pushing rental shops to collect more information about their customers and are planning to hand down stricter rules to keep foreign passports safe, he said.

“Phuket authorities are not taking this situation lightly, we are all pushing hard for solutions to the problem,” said Vice Governor Sommai Prijasilpa.

“The most important goal is to impress upon rental operators they should not hold passports as collateral on a rented vehicle. Passports belong to the foreigners’ home countries.”

Officials have started initiating changes by encouraging rental operators to verify tourists have a driving license issued in the tourist’s home country before renting out a vehicle, she added.

Mr Somsak was to present the information gleaned from his meeting with Phuket officials to the Cabinet and Caretaker Prime Minister Yingluck Shinawatra at a meeting in Bangkok today.

“We need to develop a detailed strategy to combat this common agreement made between rental operators and foreigners when they submit their passports as collateral,” said Mr Somsak.

“However, we cannot do this alone. We need to cooperate with the foreigners’ countries, voice our concerns about the agreements made between renters and customers and try to stop it from happening.”

Minister Somsak also called for Phuket Provincial Commander Ong-art Phiwruangnont to swiftly solve the ongoing case of the alleged kidnapping of a Russian couple, of whom the woman was recently found after disappearing for nine days (story here).

“If crimes like this are happening on Phuket, it is a big deal. We do not want kidnappings in Thailand,” he said.

Gen Ong-art confirmed that his officers are searching for two Russian expats suspected of involvement in the alleged kidnapping and that he expects to close the case soon (story here).