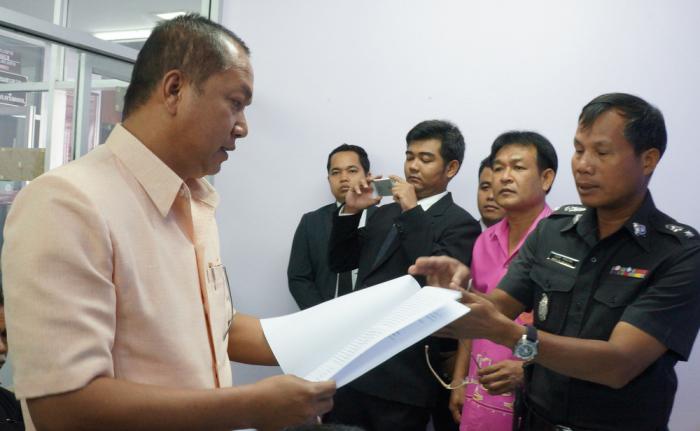 The five – Suratin Lian-udom, Sompop Konkeaw, Chartchai Chuachit, Saman Krohlek and Sanya Srimuang– were scheduled to appear at Thalang Police Station at 10am to witness the handing over of the case files to the Phuket Public Prosecutor.

“As soon as we have finished building our case, we will call the five leaders to be present for the handover.”

Sompop Konkeaw, president of the Thepkrasattri Administration Organization (OrBorTor), told the Gazette that the five protest leaders were aware of the delay.

“A lot of witnesses from the [protest] leaders’ side want to give statements to the police. The officers must include these statements before handing the case file to the prosecutor,” he explained.

They were subsequently charged with obstructing the election and obstructing law enforcement officers.

The five presented themselves at Thalang Police Station at 10am on February 27, but denied the charges (story here).