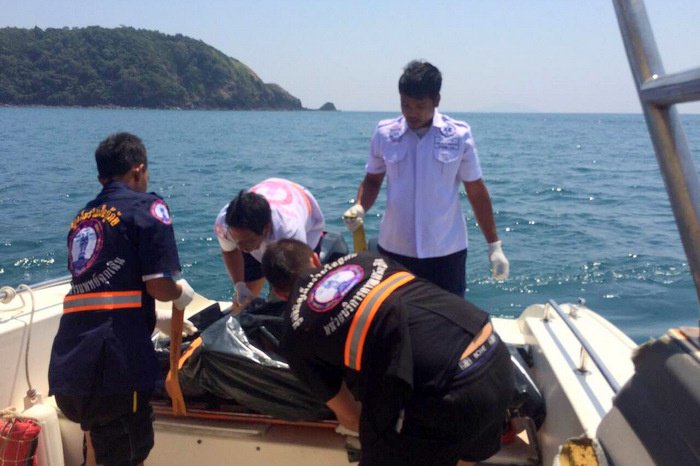 PHUKET: Police are attempting to identify the body of a man found floating off Coral Island, off Phuket’s southwest coast, yesterday.

The gruesome discovery was made by a tour boat captain passing through the area at about midday, said Lt Col Anan Anutarawasarat of the Chalong Police.

There were no tourists on board, he pointed out.

“We believe the man was Asian. He was 170-175cm tall and dressed only in a brown long-sleeved shirt and his underwear,” Col Anan told the Phuket Gazette.

The body was in an advanced state of decomposition, he added.

“We believe the man died about 10 days before his body was found,” Col Anan said.

The body was sent to Vachira Phuket Hospital to establish the cause of death.

“We will contact all police stations in Phuket to find out if the body matches any descriptions of people reported missing recently,” Col Anan said.

“At this stage, we believe that he was a fisherman who was possibly beaten to death and his body dumped into the sea.”