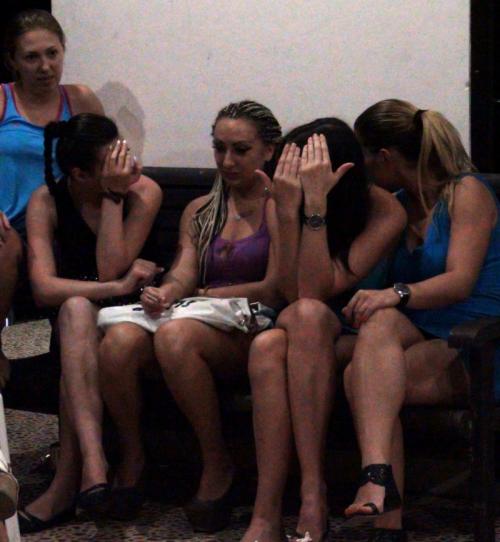 “We received reports of topless shows at nightclubs in the area and suspected there were also illegal workers operating,” said Kathu District Chief Veera Kerdsirimongkol, who led the raid on the four clubs at about 10pm.

Those brought in by the officers face a variety of charges ranging from public indecency to working without a work permit. Some of those who did have work permits were working in a different sector than indicated on the permit, said Mr Veera.

The first nightclub hit by the raid was L’Amour, where dancer Elena Shatokhina, 32, was placed under arrest and taken to Kathu District Office for further questioning.

“We will ensure everyone is dealt with justly. Those who have work permits, but did not have them available, were assisted by officials in collecting their documents,” Mr Veera said.

The Patong Police along with the Phuket Business Development Office and Tourism Business and Guide Registration Office have been contacted to further the investigation.

Phuket Gazette Exclusive: Aldhouse – A view from the inside