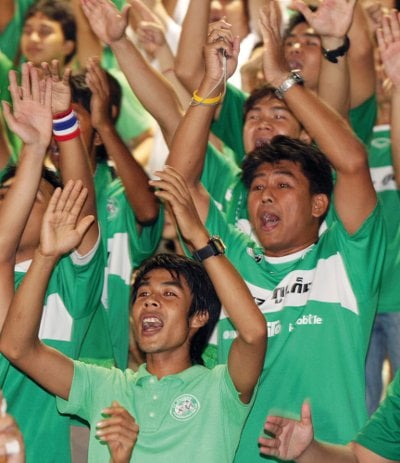 PHUKET: After last Sunday’s 2-2 draw on the road at Samut Prakarn, FC Phuket are thirsty for three points in tonight’s home fixture with Saraburi FC.

Phuket currently sits seventh in the 18-team Division 1, one place ahead of the Saraburi “Warlords”.

Highly anticipating tonight’s 6pm kickoff at Sarakul Stadium, both squads are hoping to prevail and climb up the ranks.

Saraburi FC have a solid road record, with one win and three draws against only one loss.

Both squads will be without key offensive players who sustained injuries in recent matches. FC Phuket forward Thawin Bootsombat who will be out for several months with a broken leg. Saraburi FC star forward Somboon Panich will also be cheering from the sideline, having sustained a fractured collarbone.

To clear up some confusion, FC Phuket General Manager Ahsin Arammethapongsa reconfirmed this morning that the match tonight will be against Saraburi, not Samut Prakan.

There will be a top-of-the-table clash in Division 1 this weekend, when third-place Chainat takes on high-flying Buriram who sit tied for first with BBCU.