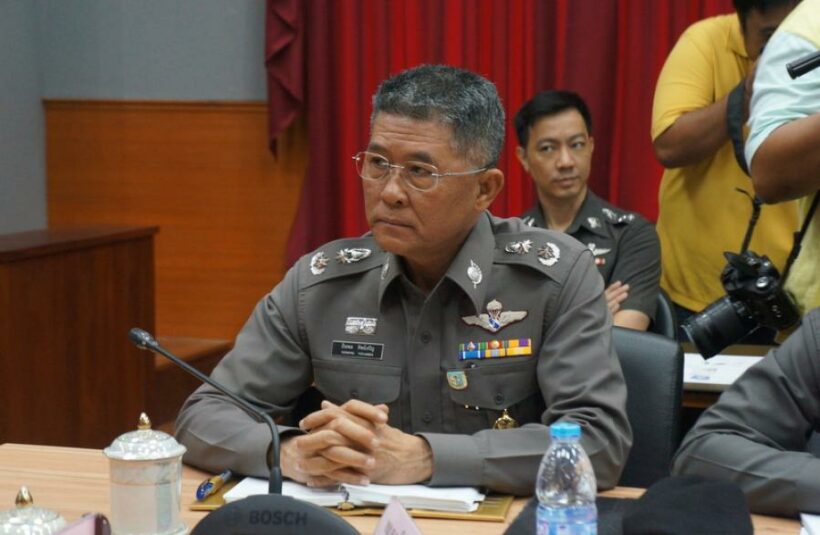 PHUKET: Three top-ranking officers of the Phuket City Police were transferred out yesterday following a raid on a large illegal ‘casino’ in Phuket Town. The officers are now under investigation for alleged corruption and malfeasance.

A joint team of Army and police raided a house in Phuket Town on Saturday and arrested 63 gamblers with 2 million baht (story here).

Maj Gen Teeraphol stated that the reasons behind the transfer and investigation were the officials’ alleged inability to monitor gambling or illegal activities in their area of control, ignoring and neglecting gambling activities, and getting involved in a gambling network.

“The investigation is expected to take 15 days. I have already ordered every police station to strictly monitor gambling and illegal activities in their area,” said Gen Teeraphol.

“Another evil we are working hard to get rid of is prostitution, particularly underage prostitution,” he added.

All suspects from the gambling raid were taken to Phuket Court. One of them, reportedly the owner of the house, is a former member of the House of Representatives in Phuket.

So far, he has declined being the one in charge of the operation.