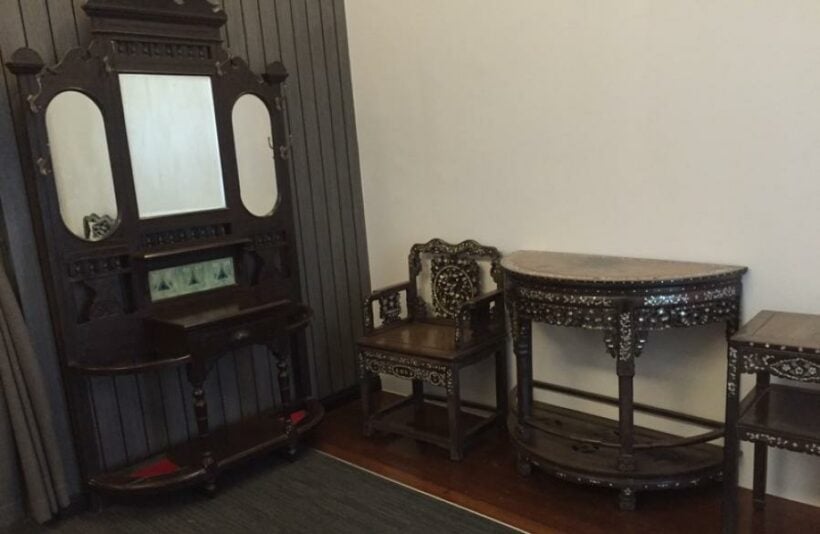 PHUKET: Phuket City Municipality officials have confirmed that the Peranakannitat Museum launched earlier this month will be ready and open to the public within a month’s time.

Last week, officials announced that the museum would temporarily remain closed until exhibitors could return all the items borrowed from Phuket residents to display during the grand opening ceremony, but could not give an estimated date as to when that might be (story here).

Phuket City Mayor Somjai Suwansupana has faced social media backlash from hundreds of concerned residents. Some complained about not being allowed inside to see the exhibits, while others said that all the “worthwhile displays” were all removed once the grand opening was over.

Mayor Somjai responded by saying that the municipality, in cooperation with the Phuket Peranakan Association and Phuket Baba descendants, had specially arranged for the items to be displayed during the grand opening (story here), and that their first responsibility was toward the owners who had loaned them.

Dr Kosol Tang-Uthai, President of the Phuket Peranakan Association, reiterated the need to close shop during the restoration process.

“Our association is accountable for the opening ceremony, but after that we are not authorized by Phuket City Municipality to look after the museum. We are merely responsible for returning the assets to their rightful owners so that the municipality can finish renovating the building and have it open for the public next month. We have hired specialists to return the borrowed items in order to avoid causing damage to them,” said Dr Kosol.

“The assets on display during Her Royal Highness Princess Maha Chakri Sirindhon’s visit were very valuable. Some were arranged by the association, some through donations, and some were loaned to us by long-time Phuket residents who had them in their possession,” he added.

Dr Kosol stated that the mission of the Phuket Peranakan Association was to generate public interest in Phuket’s history and heritage.

“There are people who blame us without knowing the truth, but they have to understand that we always do what’s in the public’s best interest,” he said.

“The association has had many successes in the past, including Phuket’s designation as a UNESCO City of Gastronomy (story here). Within the next five years, we will establish our own cultural center, independent of any government budget or political influences. Our aim is to support learning outside of school by using international concepts and advanced technology,” he said.

He added that creating a knowledge-based society would allow the next generation to learn about and embrace their Baba Peranakan heritage.

Dr Kosol insisted he didn’t have any issues with the municipality as he had already resigned from his post as deputy mayor last year.

His resignation came after a controversial mural painted on the wall of the Phuket Baba Museum (now renamed Peranakannitat Museum by HRH Princess Sirindhon) generated public outcry, eventually forcing the artist to take it down (story here).